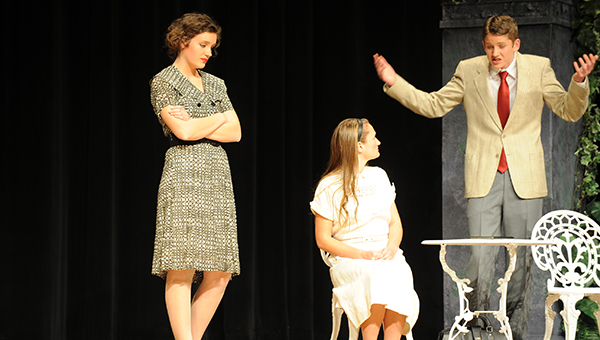 Albert Lea High School students are hoping the play “Suddenly Last Summer” will take them all the way to state.

During an open dress rehearsal at the school Thursday night, the cast rehearsed the plot-twisting mystery in front of a small crowd.

“It has been a lot of fun,” said senior Emma Behling, who stars as Catherine. “I definitely think we have a shot to advance.”

“Suddenly Last Summer” is her fourth one-act play. She described the experience of starring as rewarding.

The actors have been preparing for the play since before winter break. 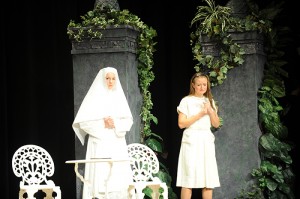 The plot of the play focuses on a young woman’s witnessing of the gruesome death of her cousin. Her aunt has the young woman placed in a mental institution and is willing to have a doctor perform a lobotomy to ensure the woman’s silence. In addition, there are two relatives who are want to keep her quiet so they can inherit a large amount of cash. Eventually the young woman comes clean in a tell-all monologue, much to the dismay of her relatives.

John Fure is the set designer and technical director, and Lilah Aas is the director.

In One-Act play competitions, groups are judged on the length of the play (not to exceed 35 minutes), acting, blocking and use of stage, and pacing.

Six rehearsals were canceled due to snow, according to Aas. Still, she remains optimistic that the cast will advance.

“This cast has been a delight. They are probably the most directable cast I have ever had,” Aas said. “When I give them direction, they get it right away.” 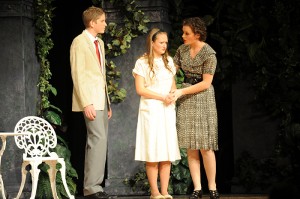