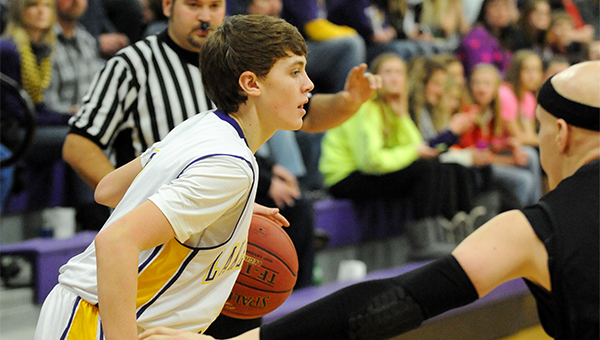 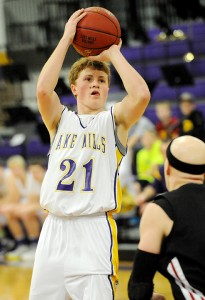 Hunter Kingland of Lake Mills shoots from beyond the arc in the first quarter Friday against Garner-Hayfield/Ventura. Kingland scored 19 points with three 3-pointers and snagged a team-high seven rebounds. — Micah Bader/Albert Lea Tribune

“It was a very well-played game by both teams,” said Bulldogs head coach Kyle Menke. “We shot the ball well but didn’t get the defensive stops when we needed them.”

The Bulldogs trailed by two points at the end of the first quarter and by three points at halftime, 37-34.

Garner-Hayfield/Ventura outscored Lake Mills by two points in the third quarter, and although the Bulldogs outscored the Cardinals 21-20 in the fourth, their rally fell short.

Garner-Hayfield had almost three times as many attempts from the free-throw line. Lake Mills was 7 of 9, and Garner-Hayfield/Ventura was 18 of 24.