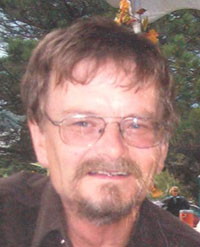 Dennis was born on Oct. 18, 1951, to Ronald and Jacqueline (Wells) Powers in Marshalltown, Iowa. Shortly after, the family moved to the Albert Lea area where Dennis attended and graduated high school. After high school, Dennis became a part of the Army National Guard. For work, Dennis took to the roads and was employed as a truck driver.

Dennis enjoyed many things in his life. He liked to take pictures, loved to travel and take wagon train rides in various parts of the Midwest. He enjoyed playing his harmonica, conversing with friends and staying up to date using his cellphone and computer. He also enjoyed target shooting. Dennis was a good-natured person with a very funny personality.

Dennis is preceded in death by his parents, Ronald and Jacqueline; and brother, Larry Powers.