ST. PAUL — The top Republican in the Minnesota House was detained by Montana authorities last September when a deal to buy an antique truck soured and a friend accompanying him displayed the lawmaker’s gun, according to just-surfacing court records and a statement issued Friday.

Rep. Kurt Daudt, the House minority leader, was briefly placed in handcuffs, and his friend was arrested and charged. The incident occurred two days before Minnesota lawmakers met in a special session to deal with storm relief, but Daudt kept the matter quiet until KSTP-TV first reported details Thursday night. Court papers say Daudt was arrested, too, but he disputes that characterization. 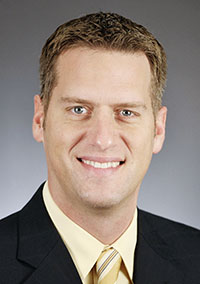 Daniel Weinzetl, 24, faces three felony charges alleging criminal assault and endangerment. He posted a $50,000 bond and has pleaded not guilty in the case. Weinzetl lives in Cambridge, which is near Daudt’s home in Crown.

Daudt, who agreed to an interview for the TV story, refused through a spokeswoman to speak to other reporters Friday. A written statement from Daudt was issued instead.

In the statement, Daudt casts himself as a peacemaker in a tense situation. He said the friend retrieved the gun without his knowledge and stressed it was not fired. Daudt said the gun is owned by him, though it is not known if he has a permit to carry a concealed weapon in public. Daudt told KSTP that there were bullets in the magazine but not the chamber.

“Police were called and my friend was detained and charged by local authorities,” Daudt said as part of the three-paragraph statement. “As a witness, I provided a statement to local authorities who informed me that at no time was I accused by anyone of any wrongdoing, and that according to all accounts I was trying to diffuse the situation.”

The Livingston Police Department officer who responded to a 911 call was not on shift Friday and unavailable for comment, a dispatcher said.

A cell phone listed in court records for Weinzetl rang to a man identifying himself as his father, who hung up on an Associated Press reporter. Weinzetl was initially represented by a public defender, but that appointment was rescinded and it’s unclear if he has an attorney.

Weinzetl has had previous run-ins with the law, including a dozen traffic offenses since 2006 and a conviction for assaulting a police officer who was there to arrest him following a fight at a home in Cambridge. A criminal complaint said the officer feared enough for his safety that he tried to use a stun gun to subdue Weinzetl, but it didn’t work. He was convicted of two gross misdemeanor charges in the altercation, spent time in the work house and was on probation until Jan. 2013.

As for the latest incident, Daudt said in his statement the vehicle’s seller misrepresented the condition of the truck bought over an Internet auction. A working telephone number for the seller could not be found. Court records allege Weinzetl waved the gun in the presence of the seller, his wife and two children.

The charges carry the possibility of lengthy prison sentences and steep fines. No trial date has been set.