AUSTIN — A new leader is at the helm of the Parenting Resource Center.

The Parenting Resource Center Board of Directors named Heather Steinkamp as the agency’s new executive director earlier this week, and she took the new post on Tuesday.

Steinkamp replaces Maryanne Law, who is phasing into retirement. Law described the move as a planned succession, and she will transition into the role of programs and project coordinator.The move, which has been discussed for several months, allows Law to take a step back and have more flexibility without retiring completely.

“She will still be very much part of the Parenting Resource Center,” Steinkamp said.

Law will be involved in day-to-day activities at the center, as she’ll still oversee programs like the Crisis Nursery, Catherwood Home Child Care and SELCO specialty library, among others. Law will continue with parent education programs, some community networking and collaborations, and she’ll continue writing a weekly newspaper column for the Albert Lea Tribune.

Law has been with the Parenting Resource Center since 1990, and she’s been the director since 1996. Law was happy to have an in-house replacement, as Steinkamp has been groomed for the role in recent years.

“She has strong relationships with other professionals and other agencies in the community, which is going to be a real asset for in the role and for the agency,” Law said.

Steinkamp said the Parenting Resource Center will continue all current programs, and it will continue to be a vital resource for parents and other area agencies and groups.

“I hope that the Parenting Resource Center can continue to touch the lives of the families here in Austin and Mower County,” Steinkamp said. 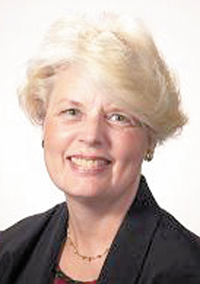 Law saw another benefit of Steinkamp taking over: She lives in Grand Meadow and could boost the center’s reach in the greater county area. The center has other programs that reach 11 southeast Minnesota counties, one being a regional prevention specialist for southeastern Minnesota made possible through a grant with the Minnesota Department of Human Services.

Steinkamp majored in psychology and minored sociology at the University of Wisconsin, and she earned post-graduate credits in early childhood education from the University of Maryland. In 1995, Steinkamp began working with families experiencing domestic violence/abuse at the Women’s Shelter in Rochester before joining the Parenting Resource Center in 2005 as the Crisis Nursery and Parent WarmLine Program coordinator. She played a key role in the planning grant and foundation of the Seibel Center

The Parenting Resource Center was established in 1977 with a mission to provide prevention education, resources and services to promote safe, healthy lifestyles in communities. It has a 15-member board of directors. The center is funded through the United Way, the Hormel Foundation, state foundation awards, federal, state and county grants, contracts and private donations. Program services include a regional prevention specialist for southeastern Minnesota, the SELCO specialty library, the coordination of the Mower County Safe Communities Coalition, parenting education in multiple formats including individuals and group sessions at public schools, Workforce Development, the Parent WarmLine/Linea De Apoyo, the Riverland College Parent Center, Crisis Nursery of Mower and Freeborn Counties, Catherwood Home Child Care and the Seibel Center.