At the Albert Lea hospital, there was one case of a wrong surgical procedure performed on a patient and one case where a foreign object was left in a patient after a surgery. 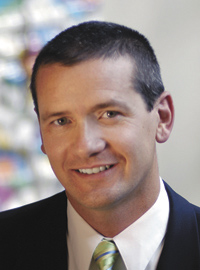 At the Austin hospital, there were two falls that resulted in death.

“This report we take seriously,” Ciota said. “Although it’s four errors out of multiple thousands (of surgeries and days spent in the hospital), they are serious injuries that I personally feel responsible for because they had a very bad, adverse effect on these families.”

The Health Department report, which comes out each January, requires hospitals, surgery centers and similar places throughout the state to report whenever one of 28 mistakes occurs. It calls these mistakes “adverse health events.” The data and background information about the incident is shared with all the other medical facilities in an effort to make sure they don’t happen again.

The mistakes can range from surgery on the wrong patient to incorrect medication to someone impersonating a doctor to a baby discharged to the wrong person.

The report states the deaths and patient harm related to adverse events has decreased statewide during the 10 years the department has required hospitals to report on preventable errors.

Before the system was launched, there was no statewide system for assessing how frequently these preventable errors happened.

“Our evaluation confirmed that this joint effort between MDH, its partners and Minnesota’s health care facilities has helped to shine light on what was a hidden problem,” said Minnesota Health Commissioner Ed Ehlinger. “By doing so, it has not only contributed to better outcomes, faster responses and better practices, but it has also resulted in a significant change in mindset from acceptance that some errors are unavoidable to an expectation that those errors can be prevented.”

The number of events reported across the state in 2013 was 258, a decline of 18 percent from the previous year, according to the report.

This was the largest year-to-year drop since the inception of the program and was driven by a drop of more than one-third in pressure ulcers.

Despite the decline in total events in 2013, there was not a decline in the number of adverse events that led to deaths. There were 15 deaths, 10 of which were related to falls.

Ciota said in the last six months the Albert Lea and Austin hospitals have implemented a new program which assesses when patients are at high risk for falls.

He said falls can affect people of all ages, depending on pre-existing conditions or mental conditions.

“We learn from each other when we have these types of mistakes,” Ciota said. “The fact that there’s a small number of them doesn’t excuse them. We need this to be zero.”

He said it is the job of the staff to help patients feel safe when they come to the hospital.

There were 13,176 surgeries performed at the Albert Lea hospital, according to the report. In Austin there were 13,687.