Tom Dyrdal of Albert Lea and Malinda Dyrdal of Northwood announce the engagement of their son, Andrew Dyrdal, to Rachel Rhodes, both of Nashville, Tenn. 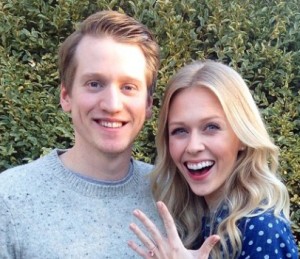 The groom’s grandparents are Andy Dyrdal of Albert Lea, Ken Sletten of Clarks Grove and the late LoAnn Dyrdal and Iva Sletten.

The groom is a 2006 graduate of Albert Lea High School and a 2010 graduate of Luther College with a degree in English. The groom worked as the sports editor of the Albert Lea Tribune from 2010 to 2012. He is now employed with Apple, Inc. and is a freelance sports writer for two newspapers.

The bride graduated from Western Christian High School in Hull, Iowa, and is a 2010 graduate of Luther College with a degree in music. She is employed as a songwriter and model for AMAX Talent.