Welcome to the first installment of the soccer spotlight, a column to highlight soccer news and events. Each month the piece will be as comprehensive as possible to report on the high school, collegiate, and professional levels of soccer. The educated consumer; is always the best customer; therefore, this column aims to reach readers from the soccer novice to the knowledgeable insider. 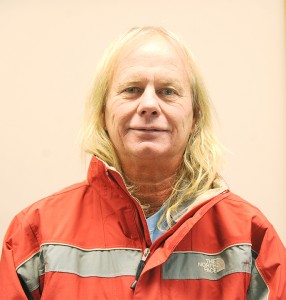 Here, there and everywhere is not just a John Lennon and Paul McCartney collaboration, but an apt description of how prominent soccer games that are tied after regulation and overtime are decided by the challenge format known in soccer as the shootout.

In a shootout, each team selects five players to take alternating shots from a distance of 12 yards away from the goal. The shooter must take an uninterrupted approach and attempt to shoot the ball past the goalkeeper. No dribbling is allowed. The goalkeeper may move laterally along the goal line, but he or she cannot move off the goal line. It’s a generally-accepted belief that this challenge is 80 percent in favor of the shooter. Nerves, field conditions, and venue atmosphere can and often do alter this proposition. When matches are still tied after the five shooters from each team had their turns, the teams select five more. However, it becomes sudden death: If one shooter scores and his or her opponent misses, the game is over. The format is referred to as soccer’s version of Russian roulette.

Examples of the Russian roulette format are scattered throughout high school, college and professional soccer.

In the last year, the Albert Lea varsity girls’ soccer team lost by the Russian roulette format in the Section 2A final against Mankato West. UCLA lost in similar fashion to Virginia in the women’s college cup semifinal, and Sporting Kansas City lost to Real Salt Lake the same way at the professional level.

Regardless of the many opinions offered upon this format by soccer fans, there’s no denying the drama, tension and shear excitement of a shootout.

Brazil is the host nation for the 2014 World Cup being played in June in several venues. Pelé, known worldwide as soccer’s ambassador, will be prominent during these games in his homeland. When the U.S. plays Germany in its third game in group play, it will be a matchup of friends and former collaborative coaches. Current U.S. coach Jurgen Klinsmann and Germany’s Joakim Low coached together to help lead Germany to a third-place finish in the 2006 World Cup. Low was an assistant to Klinsmann, and they remain very close friends.