The bride is the daughter of Keith and Kay Kangas of Rochester. Grandparents are Gene and Francis Eiden and Anne Kangas and the late Ronald Kangas, all of Rochester. 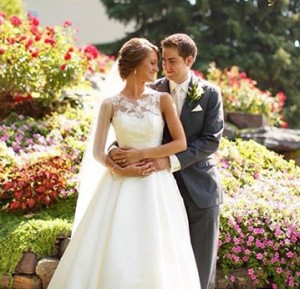 The groom is the son of Alan and Laura Weisert of Albert Lea. Grandparents are James and Karen Carey, the late Gene Pollock and Almira Weisert and the late Harold Weisert.

Personal attendants were Kim Butler and Maria Weinand, friends of the couple.

Program and guest book attendants were Carla and Scott Trentz.

The bride is a graduate of St. Cloud State University. She is employed at ProcessPro Software.

The groom is a graduate of St. Cloud State University. He is employed at Wolters Kluwer Financial Services.

A reception was held at Doubletree in Rochester.