A tale of gender, business, sports and death

An ethical firestorm has flared up over an expose that ran last month in Grantland, a sports and popular culture site affiliated with ESPN, on the unlikely subject of a new golf club and the woman who invented it.

As much as any media ethics matter of recent years, the furor touched off by “Dr. V’s Magical Putter” raises compelling questions about whether conventional journalistic practices are nasty, brutish and indefensible — questions raised by an online community of newspeople who have a strikingly different ethic in mind. 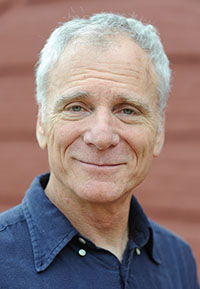 The Grantland article was the product of an eight-month inquiry into Essay Anne Vanderbilt, aka Dr. V, who spent seven years developing an aerodynamically innovative putter that some respected golfers believed materially improved their games. The possibility loomed of a major technological advance — and a business triumph — in a sport that reveres its toys.

But the Grantland writer, Caleb Hannan, discovered serious fabrications in Dr. V’s academic and professional resume: She didn’t, as claimed, have degrees from MIT and Wharton; she wasn’t related to the Vanderbilt dynasty; she probably didn’t help develop the stealth bomber. Apparently, she had been an auto mechanic, albeit a remarkably gifted one.

Then, Hannan’s background checks took an unexpected turn. While trying to figure out why he could find no trace of Dr. V before 2000, he learned she was transgender, and had lived until then — and had married twice — under the male name she was born with. “What began as a story about a brilliant woman with a new invention had turned into the tale of a troubled man who had invented a new life for himself,” he wrote.

That story ended weeks after Dr. V’s last, angry, email communication with Hannan, when in late October she killed herself. In January the story was published.

It’s unclear what pushed her to suicide — fear that she’d be exposed as transgender, the lies in her resume, or the demons that many transgender people wrestle with, which is why they attempt suicide at rates far greater than the general population. (She tried before.)

But the transgender element is what provoked furious comments after the story was published — and it’s what challenges most cherished practices of textbook journalism.

Traditionally, information bearing on the capacities, character, stability and credibility of an entrepreneur would be considered fair game for a reporter, who would argue it’s integral to a due diligence examination of anybody seeking investor bucks and public support.

Unquestionably, the discovery that the troubled entrepreneur was a transgender woman would be deemed relevant. Why? Because the reporter — likely unfamiliar with transgender realities — would view her sexual transition as bearing on her stability and credibility.

That assumption was fiercely challenged in many of the scathing online critiques the Grantland story provoked; indeed, many denied that the inventor’s gender issues were anybody else’s business.

“That Dr. V was born another sex with another name was irrelevant to the story,” Cyd Zeigler wrote on Outsports. From blogger Mike Gallegos: “But what did Dr. V’s gender have to do with a putter? Nothing, so far as I can see.”

In a powerful essay requested by Grantland’s top editor, Bill Simmons, Christina Kahri, a transgender ESPN sports reporter, wrote: “Like gays or lesbians — or anyone else, for that matter — trans folk get to determine for themselves what they’re willing to divulge about their sexuality and gender identity.”

Writing for Jezebel, Tracy Moore targeted framing Dr. V’s gender identity as sordid and deceitful, “specifically, the way that Vanderbilt’s trans status is treated as a revelation that’s part and parcel of her fabricated education and background.”

I sympathize with Grantland editor Simmons, who wonders how gender could be ignored entirely, and I’m not even sure transgender can plausibly be presented as a private fact, as closeted homosexuality might be. After all, gender defines one’s relationship with others — how you dress, what people call you. It’s social, as well as deeply personal, and omitting it from a published account means withholding elements of somebody’s publicly ascertainable history — not their secret dalliances.”

I’m not comfortable doing that. But I am hugely impressed by the critics’ insistence that potential harms be put at the foreground of a journalistic calculation. There is a transgender world of people severely marginalized and astonishingly vulnerable, subject to turmoil from within and hatred from without, and exposing somebody as trans needs to be done, if at all, with care and compassion.

No less important, for those of us who fret over the haste and heedlessness that sometimes seem to characterize online reporting, seeing online commentators mobilize to demand greater kindness and discernment is comforting. It’s also a reminder that digital realities are creating a different journalism, one defined by a broader and more inclusive community of conscience than has traditionally delivered verdicts on press rights and wrongs.

Edward Wasserman is dean of the University of California-Berkeley Graduate School of Journalism. He wrote this for the McClatchy Newspapers. His website is www.edwardwasserman.com.