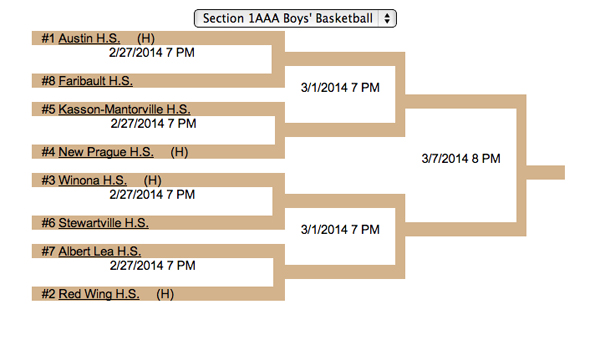 The quarterfinal round of the Minnesota State High School League’s Section 1AAA boys’ basketball bracket was moved back a day. — MSHSL

The Albert Lea boys’ basketball game scheduled for 7 p.m. tonight at Red Wing was postponed to the same time Thursday.

Albert Lea athletic director, Chris Chalmers, announced the game was pushed back a day due to a blizzard warning. All games in the section were pushed back one day.