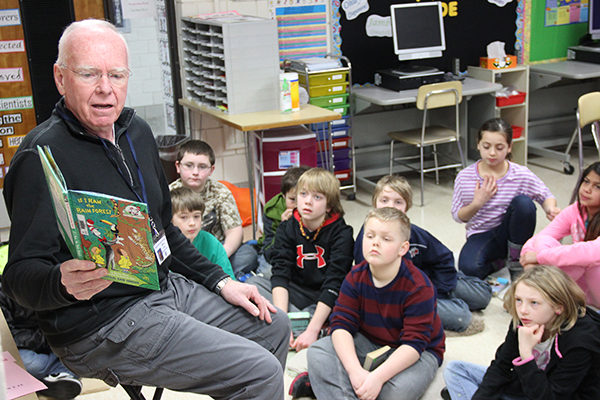 Community members read books to students Monday at Sibley Elementary School as part of a celebration of the birthday week of author Dr. Seuss. 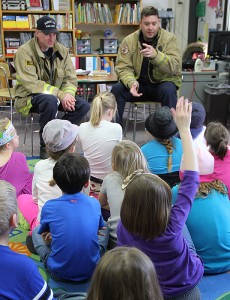 It was the fourth year community members have come to the school to read.

The program is coordinated by Linda Bottelson, volunteer coordinator at Sibley for the Minnesota Reading Corps.

“We want to give community leaders the chance to come to school to see how important reading is in people’s lives,” she said.

Steve Lund, who regularly volunteers to read at Sibley, participated Monday. He read “If I Ran the Rain Forest” to fourth-graders in Allison Miller’s class. He told the students there are Dr. Seuss books out now he had never seen before.

“I thought I had heard of them all,” he said.

According to an official Dr. Seuss website, Theodor Seuss Geisel wrote and illustrated 44 children’s books under the name Dr. Seuss and wrote many additional books under the pen name Theo LeSieg, which are now published with the Dr. Seuss named attached. 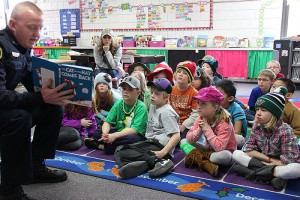 The children in the class learned how rain forests are also called jungles and where they can be found, primarily near the equator but also at times in mountains.

“There are lots of different animals than in Albert Lea, too,” Lund said.

Bottelson said she had 17 volunteer readers this year and said it likely will be the final year for her running the reading program.

The school celebrated I Love to Read Month this week with wearing fun clothing. 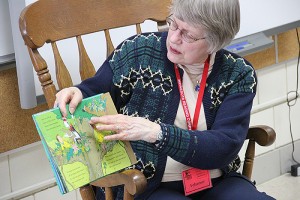 Monday was a day for crazy hats and socks. Students wore shirts with words on them today. They will dress for the tropics on Wednesday. On Thursday, they are encouraged to dress like a Dr. Seuss character. They can wear pajamas to school on Friday, and there will be a school celebration of reading that day. Students are encouraged to bring a blanket to school, too. 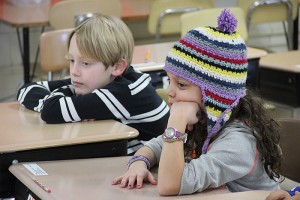 They might not look chipper, but Jadon Betz, left, and Lauren Rhodes were engrossed in a Dr. Seuss book being read by volunteer Beth Spande on Monday in fourth-grade teacher Erika Youlden’s class at Sibley Elementary School. — Tim Engstrom/Albert Lea Tribune

Bottelson will supply the students with a worksheet to document what they have read over spring break, which is next week. She will hand out prizes for reading books when they return.