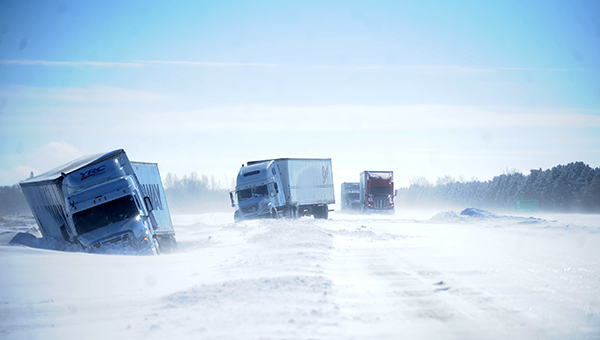 Roads across southeastern Minnesota — including Interstate 35 between Owatonna and Albert Lea — were listed as difficult Saturday afternoon as crews continued digging out after Thursday’s snowstorm, according to www.511mn.org.

Southbound I-35 from Owatonna to Albert Lea was listed as closed.

From 2 p.m. Thursday to 6 p.m. Friday, the State Patrol responded to 685 crashes in the metro area alone, as well as nearly 2,000 spun-out or off-the-road vehicles, 66 semitrailer truck jackknives and 809 stalled vehicles, as reported by the Star Tribune.

On Friday, road conditions prompted all Minnesota State Patrol command staff to suspend daily duties to provide assistance on state highways. The State Patrol and the Minnesota Department of Transportation both reported conditions could remain poor for several days.