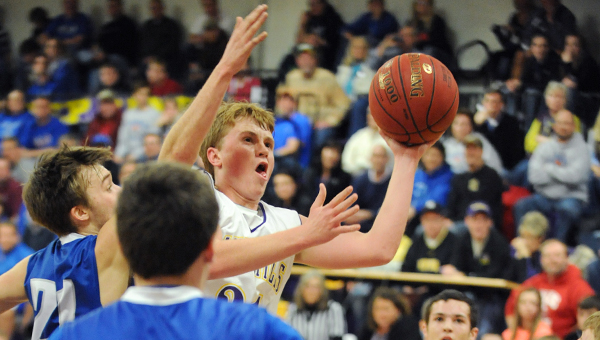 The Bulldogs cut into that deficit when Granger Kingland hit a 3-pointer Tuesday in the Class 1A, District 3 semifinals against Rockford.

Lake Mills was forced to foul to stop the clock, and the Warriors hit both free throws to extend their lead to three points.

The Bulldogs had one last shot. 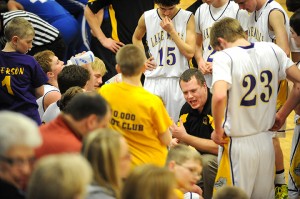 A miss would end Lake Mills’ season. A made 3-pointer would send both teams to double overtime.

The Bulldogs ran a play called Utah designed for Granger to take a trey from the top of the key. It used all but the last three ticks on the clock.

Granger received the pass from Josh Peters and buried the shot. Pandemonium ensued.

“We thought he could knock a few of those down,” said Lake Mills head coach Kyle Menke. “Give him credit. He hit two beautiful shots.”

The Bulldogs had the momentum and won 76-68 in double overtime to advance to the district finals.

Granger, a sophomore, hit clutch shots, and his brother, Hunter, a senior, scored consistently in regulation and overtime.

“He (Hunter) is giving us that extra push and doing what he can to help us win,” Granger said.

“Hunter’s been one of the better senior leaders I’ve had in my years of coaching,” Menke said. “He’s a tough kid, and I’m very proud of the way he played.”

After leading 17-13 at the end of the first quarter, the Warriors went on a 10-0 run before halftime to take a two-point lead.

In the third quarter, Lake Mills outscored Rockford 20-14, but the Warriors fought back in the fourth to force overtime.

Nineteen 3-pointers were made during the game. Lake Mills hit 10; Rockford made nine.

Rockford’s Ryan Turner made a game-high four 3-pointers and led the Warriors with 20 points.

Both teams met on Jan. 14 at the same venue with the same result but without the dramatic ending. Lake Mills won the first meeting 68-44.

However, the Warriors were on a hot streak leading up to the second meeting. They’d won 10 of their last 11 games by an average of 19.6 points per game.

“They’ve been playing really well lately, and they don’t have many bad losses on the season,” Menke said. “We beat them handily the first time, but we knew they didn’t play particularly well that night. We prepared hard for this game, and it was a fantastic overall ballgame.”

The Bulldogs advanced to the District 3 final against Belmond-Klemme at 7 p.m. Thursday at Garner-Hayfield/Ventura.