Jon and Sandra Larson of Hayward announce the engagement of their daughter Holly Larson to Darren Beenken of Buffalo Center, Iowa.

Beenken is the son of Dean Beenken and the late Julie Beenken of Buffalo Center.

The bride’s grandparents are Stanley and Arlean Stadheim of Albert Lea and Lucille Larson and the late Curtis Larson Sr. of Albert Lea. 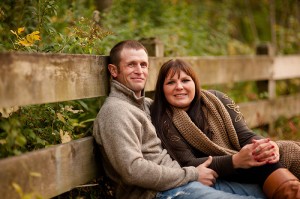 The groom’s grandparents are Shirley Krahling and the late Paul Krahling of Sibley, Iowa, and the late Dick and Tressie Beenken of Buffalo Center.

Larson is a graduate of Albert Lea High School and a graduate of University of Minnesota, where she majored in landscape design with a minor in horticulture. She owns Garden Diva Design Studio in Hayward.

Beenken is a graduate of North Iowa High School and a graduate of Iowa Lakes Community College where he received a construction technology degree. He owns Beenken Construction in Buffalo Center and farms.

A Feb. 22, 2014 wedding is planned at the Larson Residence in Hayward.