AUSTIN — After a collection of child pornography had been turned over to authorities more than a year ago, an Albert Lea man now faces seven felony charges. 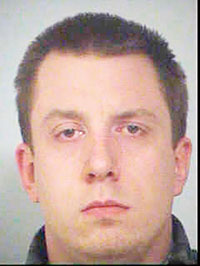 According to the court complaint, another person was concerned Bliss had taken inappropriate videos of children and employees of a lawn care service while they were working. That person also gave Austin authorities Bliss’ computer hard drives and a chest with children’s photographs in October 2012, and was concerned Bliss had a problem.

After obtaining a search warrant, detectives found about 20 pornographic photographs of children, the complaint added. Bliss was arrested on Tuesday. He has a pretrial hearing set for May 23.

A first-time conviction for child pornography in Minnesota is punishable by up to five years in prison and a $5,000 fine. A second-time offense carries double the penalties. It also is illegal at the federal level.