Funeral services for Marvyl Arlene Hanson of Albert Lea, will be 1:30 p.m. Friday at the Bonnerup Funeral Service in Albert Lea. The Rev. Julie Schaffer will officiate. Visitation will be held one hour prior to the service at the funeral home. Interment will be in Graceland Cemetery. 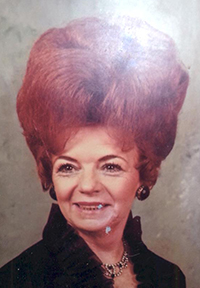 Marvyl was born Jan. 13, 1928, in Albert Lea, the daughter of John A. and Viola A. (Powers) Johnson. She attended public school in Albert Lea and was united in marriage to Harry C. Hanson who preceded her in death.

Marvyl worked as a waitress for many years in Mankato but lived most of her life in Albert Lea. She loved to play bingo, listen to country music and at one time played in a band with her brothers. The loves of her life were her grandchildren.

Marvyl is survived by her children Marlo (Ann) Hanson of Mankato, Dianne (Russ) VonHagen of Clarks Grove and Doug (Gail) Hanson of Albert Lea. There are many grand, great and great-great grandchildren. Also surviving is one sister, Julene (Jim) Baulke, of Owatonna.