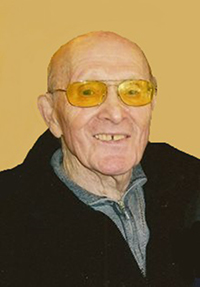 Neal was born on Aug. 23, 1934, to Robert and Florence (nee Geise) Stucky in Olmsted County and grew up on a farm south of Pine Island. He graduated from Pine Island High School in 1952. Neal worked for Thorpe Loan & Thrift for several years before becoming the credit manager for Naeve Hospital in Albert Lea. After several years there Neal took a position at Hazelden Drug & Alcohol Rehabilitation Center in Lindstrom as a credit manager, and he retired in 2000.

Neal enjoyed horses, golfing and fishing when he was younger. After going through alcohol treatment in 1976, Neal committed his life to staying sober and helping others do the same. His whole focus in life was on his new extended family within his AA groups and those he sponsored. In the end, Neal was attending AA meetings five nights a week in the Forest Lake and White Bear Lake area.

Funeral service will be at 11:30 a.m. Thursday at United Methodist Church in Pine Island with the Rev. Carolyn Westlake officiating. Burial will be in the Pine Island Cemetery. Visitation will be for one hour prior to the service at the church. www.mahnfamilyfuneralhome.com.