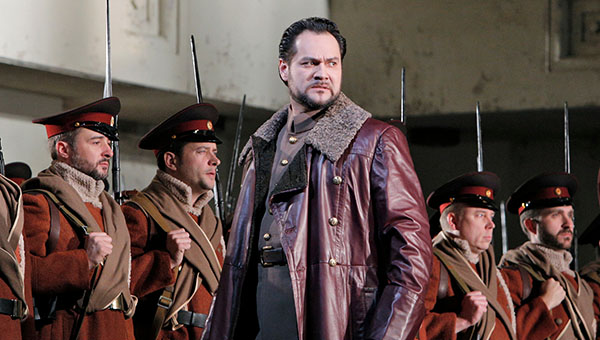 The Russian epic opera “Prince Igor,” famous for its Polovtsian dances, will play on a widescreen at the Marion Ross Performing Arts Center on Saturday.

“Prince Igor” is an opera in four acts with a prologue, written and composed by Alexander Borodin, and is at the New York Metropolitan Opera for the first time in nearly 100 years. It is shown live in Albert Lea via a satellite feed.

The opera is a psychological journey through the mind of its conflicted hero, with the founding of the Russian nation as the backdrop.

• Albert Lea Moose Lodge will have an all-you-can-eat meal at 7:30 p.m. with entertainment by “Megaforce.”

• Albert Lea Eagles Club will have entertainment by “KB Karaoke.”

• The American Legion will have “Karaoke with Laurie” from 8 p.m. to midnight.

• Albert Lea Moose Lodge will have entertainment by “Terry-Okie” at 7:30 p.m.

• Albert Lea Eagles Club will have entertainment by Steve Lang.

• A Mardi Gras party with Bad Monkey will be at 8 p.m. at America’s Best Value Inn.

• The Alden American Legion will serve breakfast will be from 8 to 12:30 p.m. Pancakes, scrambled eggs, sausage links, milk, juice and coffee will be served. Cost is $5 and children under the 6-years-old eat free.