Thomas Alan Rosenberg, 67, was born Oct. 12, 1946, in Albert Lea, to Milton and Dorothy (Aspenson) Rosenberg. He was baptized at First Lutheran Church, confirmed at Grace Lutheran Church and graduated from Albert Lea High School in 1965. 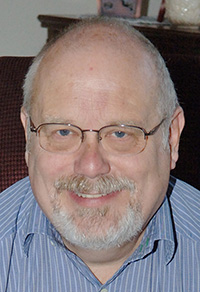 In March 1966, Tom enlisted in the U.S. Navy — serving as a construction engineer with the Seabee battalion in Vietnam, building roads, tactical airstrips and fortified encampments in addition to undertaking civic action projects on behalf of the Vietnamese people. Following his honorable discharge in January 1969 Tom returned to Minnesota and enrolled at Mankato State College where he received a degree in economics and city planning. Upon graduating he married Marisue Germann of New Ulm before the couple moved to Chicago where Tom worked for the federal government while earning a master’s degree from Loyola University.

After 13 years in Chicago, Tom brought his young family to Burnsville, where he continued working within the law enforcement arm of the U.S. Department of Labor, heading up accounting, auditing and compliance efforts aimed at the upholding of democratic principles and fiscal standards of organized labor.

On March 8, 1990, Tom married Lakeville native Mary (DeMaster) Rowan at Prince of Peace Lutheran Church in Burnsville. Tom retired from the Labor Department in 2003, and later he and Mary relocated to a 19th century farmhouse on the edge of Northfield, where he passed away suddenly on the evening of Feb. 14, 2014.

Tom was very civic minded and enjoyed politics as well as participating in the electoral process and consulted on labor union elections. He had been serving on the board of the Northfield-based Vintage Band Festival and had a lifelong love of rock and roll music. Tom also enjoyed dancing, bicycling and managing various rental properties. He showed great interest in family history and took pride in both his Norwegian and Minnesota heritage. Tom also loved to travel, especially, in recent years, to Costa Rica. He had a reputation as being very kind and considerate and was known as a caring father and devoted family man.

Survivors include his wife of 23 years, Mary; three children, Eric of Lexington Park, Md., Lisa of San Francisco, Kara of Minneapolis; two step-sons: Patrick (Naomi) Rowan of Grove City, Philip (Wendy) Rowan of Kansas City; nine grandchildren; one great-granddaughter; his brother John (Nancy) of Arlington, Va.; along with numerous other relatives and friends. He was preceded in death by his parents and older brother Darryl.

A celebration of Tom’s life will be at 11 a.m. Friday at Christiania Lutheran Church in rural Lakeville with the Rev. David Anderson officiating. Visitation will be from 4 to 7 p.m. Thursday at  the Benson & Langehough Funeral Home in Northfield and one hour prior to the funeral at the church.

Arrangements are with the Benson & Langehough Funeral Home at www.northfieldfuneral.com.