At R&D Automotive, the mechanics also own the biz 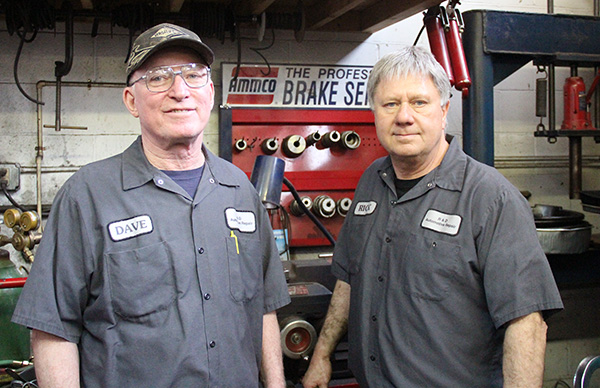 Dave Anderson and Rick Carlson grew up with the automotive industry in their blood.

Anderson, now 64, said he greased his first car when he was 13, and Carlson, 63, was 20 when he decided he wanted to work on cars instead of in a factory.

After each working at multiple dealerships and shops over the years and talking about opening one of their own, the two men — who are brothers-in-law — decided in March 2001 to do just that. They opened R&D Automotive Repair, 801 E. Main St., where they have remained since.

As expected, the R is for Rick and the D is for Dave.

“We decided, what the heck, we knew enough people in town, and we had the skills,” Carlson said.

They said they thought they offered a good skill set as Anderson was trained in General Motors vehicles, and Carlson was trained in Chrysler. It didn’t hurt that the two are relatives. Anderson is married to Carlson’s sister, Cindy.

The effort has paid off as the men have been in business for 13 years.

Carlson said he and Anderson mostly do transmission work and are looking toward retirement in the next year.

On Monday afternoon, both men were busy working in the shop, which has two service bays. Carlson said they’re not afraid to get their hands dirty.

What do they enjoy the most about their job?

Anderson said he enjoys the challenge of the industry, and Carlson said he likes helping people.

“We try to be the most honest we can,” Carlson said, noting how important honesty is for car repair shops — especially since theirs has their names attached to it.

Outside of work, Carlson and Anderson said they used do more together, like bowling and golfing and participating in family functions. Carlson was an assistant baseball coach when his children were younger.

Now they are focused mainly on their separate families. 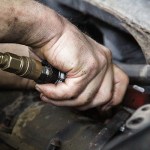 Rick Carlson has been working on cars for more than 40 years. – Sarah Stultz/Albert Lea Tribune 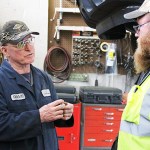 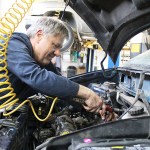 Rick Carlson works on a minivan Monday at R&D Automotive. Carlson and his brother-in-law Dave Anderson have owned the car shop since 2001. – Sarah Stultz/Albert Lea Tribune 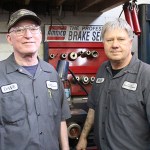