Butch was born May 2, 1946, in Hartland to Bernard and Mildred Nolan. He graduated from New Richland High School in 1964 and from Mankato State University in 1969. He and his wife, Carolyn, moved to Hawaii in 1969 where he taught industrial arts and enjoyed scuba diving. They then moved to Oregon where he was in sales until they moved back to Albert Lea in 1984. 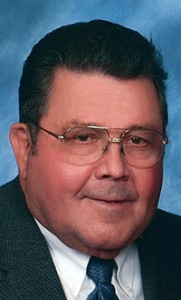 Butch was involved with organizations such as church council and Habitat for Humanity. Butch also enjoyed woodworking, jamming to The Mamas and The Papas and spending time with friends and family. His family and friends will remember him for his optimism, his sense of humor, his love of teasing, his fondness for chatting and his curiosity and knowledge about many topics.

Butch is survived by three children, Mark and his wife, Kim, Scott, Jennifer and her husband, Stephen; and five grandchildren, Zachary, Blake, Sophie, Kira and Liam. He is also survived by two brothers, Frank Nolan and John Nolan; and two sisters, Suzy Kapaun and Angela Nolan. He was preceded in death by his mother and father.

A memorial service will be from 6 to 9 p.m. Wednesday at the Sugar Land Mortuary at 1818 Eldridge, Sugar Land, Texas.