Beyond the Yellow Ribbon group hosts fundraiser for veterans 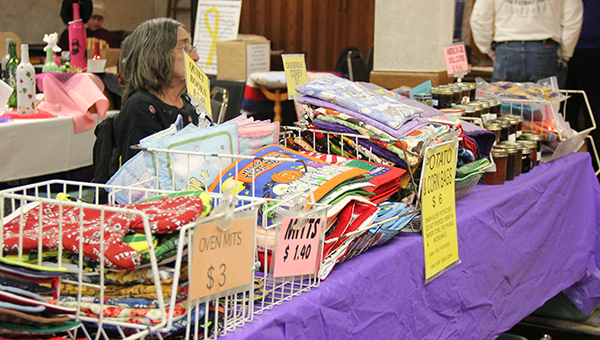 A woman displays her items at the flea market fundraiser on Friday. Proceeds went to Nation of Patriots. — Tiffany Krupke/Albert Lea Tribune

Funds raised from a flea market will help support veterans and their families. 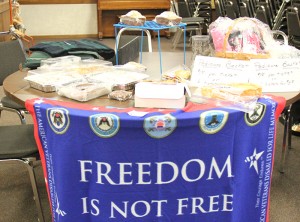 Baked items were for sale during the veterans flea market on Friday and Saturday. Proceeds went toward Nation of Patriots to help veterans and their families. — Tiffany Krupke/Albert Lea Tribune

The Albert Lea Beyond the Yellow Ribbon group and the Albert Lea American Legion hosted a flea market on Friday and Saturday. All funds raised go to the Nation of Patriots, a nonprofit formed to provide financial support to veterans.

There were about 25 tables registered for each day, according to David Olson, chaplain for the American Legion Leo Carey Post 56. 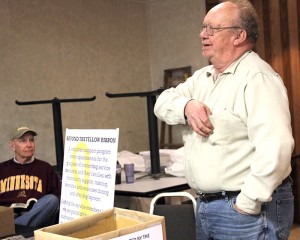 “It has been pretty steady all day,” Olson said Friday afternoon. “I imagine it will be even busier on Saturday.”

For Mark Harig, a member of HOG, the reason he rides is simple — to help veterans and their families.

“It’s really meaningful,” Harig said of the rides. “I have met so many wonderful people.”

HOG will carry the American flag during the Nation of Patriots annual tour on Aug. 26.

With 67 riders and about 57 bikes, last year’s ride left Albert Lea and escorted the flag the 125 miles to Waukon.