Century Farm owners named the Farm Family of the Year 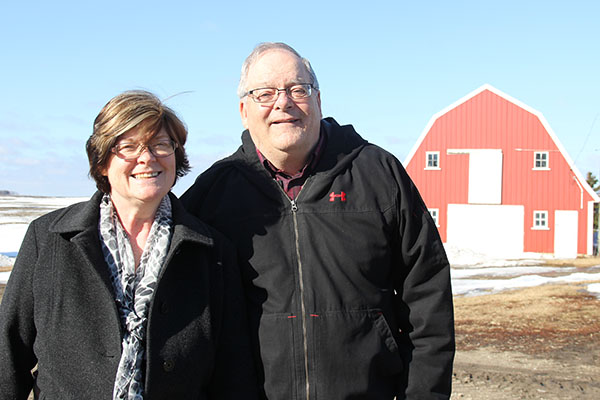 Paul and Linda Lynne of rural Hartland farm 320 acres of land. They are recognized today as the Albert Lea-Freeborn County Chamber of Commerce’s Farm Family of the Year. – Sarah Stultz/Albert Lea Tribune

HARTLAND — The owners of one of Freeborn County’s century farms will be recognized today as the Albert Lea-Freeborn County Chamber of Commerce’s Farm Family of the Year.

Paul and Linda Lynne of rural Hartland farm 320 acres of land for corn and soybeans and used to raise hogs for 35 years.

The couple lives on a farm that has been in the Lynne name for five generations in Hartland Township.

“I was excited,” Linda said of finding out they were selected for the honor. They will receive the award at the annual Agricultural Luncheon at the Freeborn County Fairgrounds. 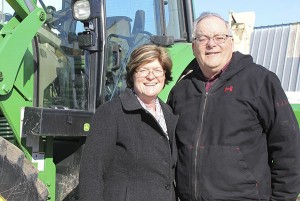 The couple said they applied for the award three years ago.

Paul, 66, and Linda, 60, said they both grew up on farms — Linda’s father was a dairy farmer — and learned the value of hard work from their parents.

Paul serves on the Ag Star Advisory Board and is a supervisor on the Hartland Township board.

He spent 10 years as a 4-H adult leader, nine years as church treasurer and taught Sunday school at Cross of Glory Lutheran Church in Hartland.

He is also a member of the Freeborn County Corn & Soybean Growers Association and works part time at Corn Palace Ag Center in New Richland working on precision planting equipment.

Linda has been a 4-H leader for nine years, along with a Sunday school and Bible school teacher.

She did primarily fieldwork on the farm and completed livestock chores when they used to run a hog operation.

She has worked for 10 years as a librarian at the New Richland Public Library.

The couple has three children, Chris, Rebecca and Eric, and five grandchildren.

They said living on a farm has been a good lifestyle to raise a family in and noted that it taught them a good work environment.

“It’s a big plus when your kids are growing up that you know where they are,” Linda said.