Charles Otto Eastlund III, “Chuck” to his family and friends, died on March 8, 2014 in Rochester Minnesota. Chuck was born on March 31, 1948. He was the eldest son of Eastie and Audrey Eastlund and the stepson of Lola Eastlund. Chuck was baptized and confirmed at Trinity Lutheran Church. He graduated from Albert Lea High School in 1966. He attended Dana College in Blair, Neb. and graduated from Creighton Law School. 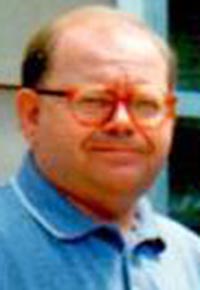 A memorial service to celebrate his life will be at 1 p.m. April 5 at Trinity Lutheran Church in Albert Lea. Coffee and fellowship will follow after the service.

“Jesus said to her, ‘Your brother will rise again. I am the resurrection and the life, whoever believes in me, though he die, yet shall he live.’” John 11:23, 25