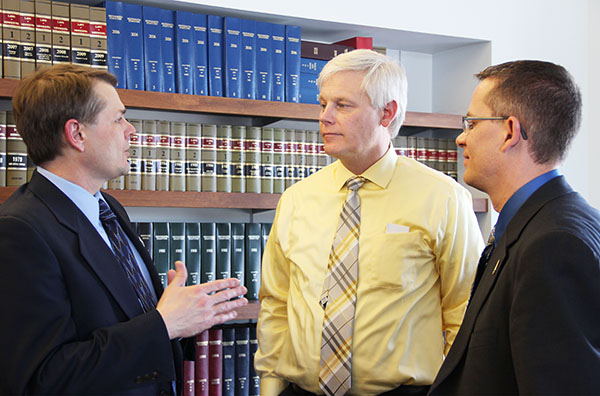 After taking the day to meet with legislators about the project, they said they were pleased with the reception they received, and they hope to continue their efforts through the remainder of the session.

“I think the biggest thing today is that we put a face on it for people who don’t know us or the community,” said Shell Rock River Watershed District Board Chairman Clayton Petersen.

It is the sixth year local officials have asked for state bonding assistance with dredging the lake. A highlight of the day was meeting with Minnesota Speaker of the House Paul Thissen, DFL-Minneapolis, and House Capital Investment Committee Chairwoman Alice Hausman, DFL-St. Paul.

Thissen showed his support for the project and said he thought it would likely be included in the House bonding proposal. Petersen said the bonding request was also well received by a staff member of Gov. Mark Dayton, who indicated the governor is looking for a bonding project in southern Minnesota to support.

The $7.5 million bonding request would cover half of the total $15 million estimated cost. The project is necessary because the lake has been filled with sediment — as much as 5 to 8 feet in some areas. The accumulation has resulted in water quality impairment and large algae blooms. The project calls for removing the sediment from the lake and disposing it off site.

“We want to get the job done, and to do that, we need a partner’s help,” said Randy Kehr, executive director of the Albert Lea-Freeborn County Chamber of Commerce. “We think it’s a great investment for the area of the state that’s below Highway 14.”

Lakes Foundation President Laura Lunde said the legislators asked how the project would impact jobs and attract people to Albert Lea, along with how the community supported it. This lake is entirely surrounded by the city. They talked about the work that has been done in the downtown and how that connects to the lake.

“It’s crucial that we move forward with this,” Lunde said. “All the work leads to this center project.”

The dredging has been several years in the making.

The district has also contracted out for preliminary engineering.

A packet of information about the project included multiple letters of support from area organizations. Petersen said the group hopes to collect more to send to the legislators.

Behnke said many in the group likely will make additional trips to the Capitol. 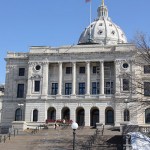 Construction was visible outside of the Minnesota Capitol on Thursday in St. Paul. – Sarah Stultz/Albert Lea Tribune 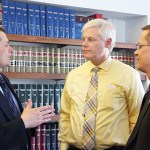 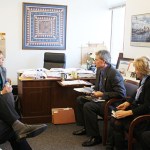 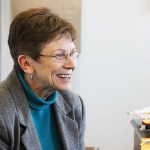 House Capital Investment Committee Chairwoman Alice Hausman smiles as she talks with a group of leaders from Albert Lea on Thursday who were lobbying for state bonding funds to dredge Fountain Lake. – Sarah Stultz/Albert Lea Tribune 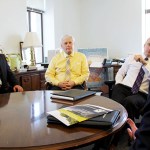 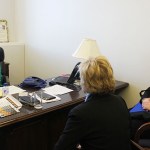