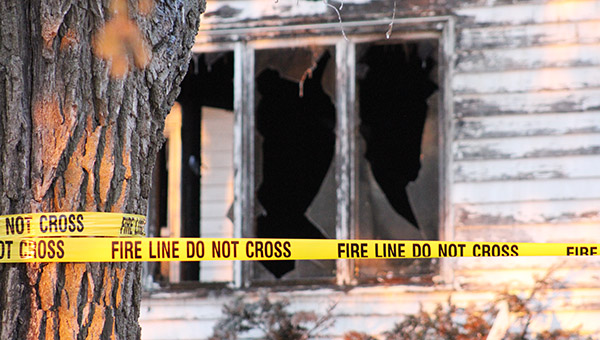 Authorities have taped around a house at 21751 620th Ave. after fire destroyed the home Tuesday night. — Sarah Stultz/Albert Lea Tribune

No one was in the home during blaze Tuesday night

Firefighters from nine departments battled the blaze at 21751 620th Ave., after being alerted at 9:55 p.m. that the house was fully engulfed, according to a news release from the Freeborn County Sheriff’s Office. 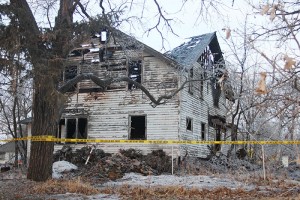 Fire destroyed this house at 21751 620th Ave., west of Alden, Tuesday night. The cause of the fire has not been released. — Sarah Stultz/Albert Lea Tribune

It is unclear whether anyone was living at the residence. No one was home when the fire began, said Freeborn County detective Chuck Malepsy.

The Tribune attempted to contact the business but the voice mail box was full.

The release states the cause of the fire is unknown and remains under investigation. The house was surrounded by yellow tape this morning.