Karen Joan (Trygstad) Halvorson, 66, of Green Valley, Ariz., formerly of Red Wing, died March 16, 2014, at Casa de la Luz Hospice in Tucson, Ariz. She was born Aug. 24, 1947, in Bremerton, Wash., to Gordon and Jean Trygstad. She grew up in Canby, Ore., where her father was a pastor at Zoar Lutheran Church. Early in her senior year of high school, she moved with her family to Pigeon Falls, Wis. where her father had accepted a call as pastor. Following graduation at Whitehall High School, Karen attended Luther College in Decorah, Iowa and graduated in May of 1969. 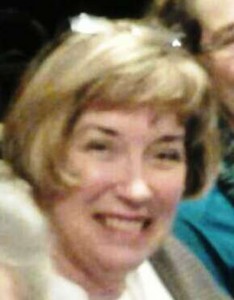 On June 7, 1969, she married Mark Halvorson in Pigeon Falls. That fall she began teaching at St. Anthony Village High School in St. Anthony Village. During Mark’s seminary internship year, Karen taught at Miraleste High School in Palos Verdes, Calif. When Mark began parish ministry at First Lutheran Church in Albert Lea, Karen began teaching at Central High School. During that time, she pursued a master’s degree in school counseling in Mankato. Following her graduation in August of 1978, Karen counseled at Brookside Junior High in Albert Lea until she accepted a counseling position at Albert Lea Technical Institute. Karen became a counselor at Anoka Technical Institute in 1983, when Mark began a new congregation in Maple Grove.

In 1989, Karen and Mark moved to Bloomington, where Mark served at St. Luke’s Lutheran Church. At that time, Karen started working at Dakota Technical College as a counselor. After completing her doctorate in educational administration in August 1997 at the University of Minnesota, Karen soon became academic vice president of the college until her retirement in 2004. Her last place of residence in Minnesota was in Red Wing, where Mark served as pastor from 1998 to 2004. After her retirement, and after moving with Mark to Phoenix, Ariz., Karen formed an educational consulting company working in the field of nanotechnology, writing and administering National Science Foundation Grants for colleges and universities around the country. She also began teaching in the doctoral program at the University of Phoenix. She continued her retirement career until two weeks before she died of pancreatic cancer in hospice care in Tucson, Ariz. Karen and Mark had recently moved to Green Valley, Ariz., just south of Tucson.

Karen began fighting cancer in 1983 and successfully survived all but the fifth and most recent bout of cancer. In the spring of 1987 Karen broke her back in a home accident and was hospitalized for two months.  She walked out of the hospital with a cane although many of the health professionals did not think it possible. Many related surgeries followed.  Nevertheless, Karen overcame many tragedies and lived a vital and rich life. She was always incredibly organized, always prepared, and cherished friends, family and work associates. She was a born administrator. Karen was loved by many.

Karen and Mark traveled extensively throughout the world in their 44 years of marriage. Karen was an avid reader and enjoyed the Norwegian handwork called Hardangar. She was known amongst family and close friends for her poignant and humorous birthday cards sent each year without fail. She possessed both a courageous and generous spirit throughout her life.

Funeral services will be at 10:30 a.m. Saturday at First Lutheran Church in Red Wing with the Revs. Brian Scott and Paul Larsen officiating. Burial will be at Sunset Memorial Park Cemetery in St. Anthony. A visitation will be one hour prior to the service at the church. Arrangements are with the Mahn Family Funeral Home, Bodelson-Mahn Chapel. Online condolences may be left for the family at www.mahnfamilyfuneralhome.com.