Legislative session moving ahead of schedule

Last week, less than a month into the legislative session, Gov. Mark Dayton signed a bill into law that will provide tax relief for more than a million Minnesotans. The bill uses a portion of the state budget surplus to reduce taxes on families and businesses, increases funding for public schools and simplifies the state tax code through federal conformity. 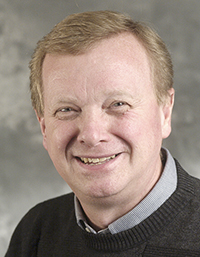 Passing this bill was the top priority for the Minnesota House of Representatives. When attending a local Chamber of Commerce event on Feb. 6, I was asked whether the House would repeal business taxes and adopt
conformity. I was confident in telling all those in attendance that it would be the first priority of the House.

On March 6, one month later and in the second week of the legislative session, the House repealed these taxes and passed federal conformity saving Minnesotans millions in taxes.

This session is about getting our work done. The Higher Education Finance and Policy Committee has already passed it’s “unsession” bill for the year. We are focused on a limited agenda this session, which, aside from unsession work, will involve significant bonding requests from both the University of Minnesota and Minnesota System of Colleges and Universities.

We are moving so quickly that we’ve already begun work on our 2015 revisor’s bill to clean up the outdated and unneeded language in state statute.

Also moving forward is a bill to eliminate unnecessary
special sessions of the state Legislature during the response to natural disasters. It further improves the Chapter 12A disaster relief “playbook” put in place to coordinate funds and responses by the 13 state agencies involved. The bill has moved through the Government Operations Committee, and it continues to have broad bipartisan support this session.

The House continues to handle our business in a timely manner and will complete our legislative session on time.

Gene Pelowski, DFL-Winona, is the state representative for House District 28A.