Albert Lea author Katie Godfrey never thought she would be a writer, but always wanted to learn more about where food comes from.

Godfrey is the author of “Sweety Finds Her Family,” a children’s book.

Godfrey, a Wisconsin native, graduated with a bachelor’s degree in American and Environmental studies from St. Olaf College in Northfield.

She wrote in college and was encourage by her professors to pursue writing.

Godfrey got a residency through the Worm Farm Institute, and in exchange for a few hours of farm work a day, she was able to have her own studio to work on creative projects.

That was when the idea for her book began to take shape.

“I thought it was really interesting that different things in the same food family look the same,” Godfrey said. “I wanted to be able to tell a story about it.”

Godfrey said the book only took a few weeks to write. Her friend, an illustrator, did the art for the book. 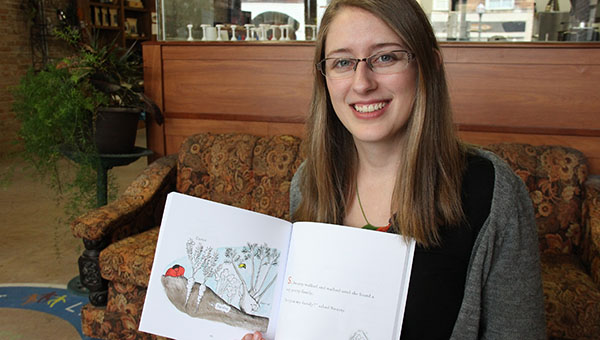 The story follows Sweety, a sweet potato who is raised by regular potatoes. Through Sweety’s adventures, Godfrey is able to explain the relationship between different fresh fruits and vegetables.

Godfrey said she spent months searching for a publisher whose missions aligned with her own.

“Most publishers don’t want a book about vegetables,” said Godfrey. “To find a publisher was the same values was really exciting.” 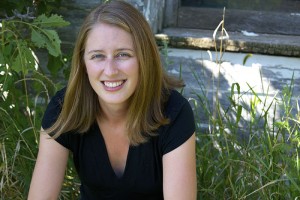 Katie Godfrey, an Albert Lea author, had a signing for her book “Sweety Finds Her Family” on Saturday. Godfrey has always been interested in food comes from. — Submitted

Godfrey said the book has been doing well with limited publicity. She believes word of mouth is what has gotten the books into hands of readers. Godfrey also had a book signing at the Art Center on Saturday. As a member, she was able to get the word out.

She already hopes to write another book, this time about goats, because she volunteers at a New Richland goat farm.

“I love the animals and think it would make a great book,” Godfrey said.

She doesn’t consider herself a children’s book author, but says the process of getting a book published as inspired her writing.

She will be moving out of Albert Lea to Wisconsin, where she will be taking a job as a program director for a non-profit.