MANKATO — A Mankato man who eluded police for weeks after allegedly robbing a convenience store and stealing a car from a Mankato woman is now facing new felony charges for allegedly sexually assaulting a 14-year-old girl. 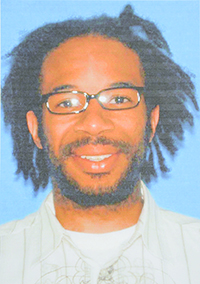 The girl was with Thomas Kendricks III, 23, when he was arrested during the search of an apartment in Minnesota Lake on Feb. 7. A Mankato detective was in Minnesota Lake during the arrest and reported finding the girl, a futon where he suspected Kendricks and the victim had been sleeping and a book with baby names. The Mankato girl had been missing since Jan. 28.

Information the detective received through the National Center for Missing and Exploited Children provided evidence that Kendricks and the girl had been having sex, according to a criminal complaint filed in Blue Earth County District Court. A 14-year-old can’t legally consent to have sex with an adult. The information had been taken from an Internet social network called “Tagged.” It included pictures of Kendricks, information linked to his Facebook account and a description of where he lived in the 300 block of North Broad Street. The conversation thread between Kendricks and the girl started Dec. 12 and ended Jan. 14, the complaint said.

Kendricks and a 17-year-old North Mankato boy, Jamie Cornillus Hawthorne, are facing felony charges for allegedly robbing the Quick Mart in LeHillier on Jan. 13 and robbing a car from a woman in a parking lot near Minnesota State University on Jan. 14.

Hawthorne was arrested after a standoff in Austin later on the day of the Mankato carjacking. Austin police found the stolen car at a house where Kendricks’ aunt and uncle live. Kendricks escaped and wasn’t arrested until he was found in Minnesota Lake.

The Tagged conversation between Kendricks and the girl included Jan. 4 messages that suggested she was pregnant and thought Kendricks could be the father, the complaint said. When Bennett asked Kendricks about the messages, he allegedly admitted to talking to the girl on Tagged but denied having sex with her.

A juvenile girl Bennett interviewed during his investigation allegedly said she was present when Kendricks and the victim had sex. A test completed Feb. 20 confirmed the victim was pregnant. The girl and her mother terminated the pregnancy in St. Paul on Feb. 28 and DNA from fetal tissue was taken to the Bureau of Criminal Apprehension for testing, the complaint said. Investigators are waiting for results from those tests.

Kendricks has been charged with three counts of third-degree criminal sexual conduct.