An Albert Lea man injured in an explosion in a bunker under his driveway in 2012 has pleaded guilty to a felony charge tied to the incident. 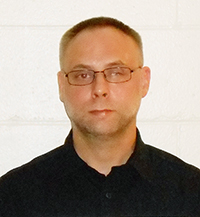 Court documents state Rofshus was making a rimfire explosive in the underground bunker on Oct. 21, 2012, at 18115 Pelican Road when the blast occurred.

The explosion was investigated by the Freeborn County Attorney’s Office, the Bloomington Bomb Squad, the Bureau of Alcohol, Tobacco and Firearms, and the Federal Bureau of Investigation.

Rofshus, who has a prosthetic left arm in place of an arm that was amputated in the blast, also suffered an injured left ear, injured left eye and chemical and heat burns.

Assistant Freeborn County Attorney David Walker said state statute requires anyone owning or possessing an explosive device to file a permit with the state. This applies to a person who mixes chemicals to create a device as well.

Walker said though a judge ultimately will decide the sentence, the plea agreement caps the potential jail time Rofshus could receive at 30 days. He could be on probation for up to 10 years, and if he violates that probation, he could face prison time.

“I think it was a good strong charge, and he pleaded guilty to it because the evidence points to that he’s guilty,” Walker said.

Rofshus enjoyed working on targets as a hobby that would explode when fired upon. Court documents stated he enjoyed an adrenaline rush that accompanied the work.

Authorities were alerted to the explosion at 12:13 a.m. Oct. 21, 2012. When officers arrived, they found Rofshus with his left arm wrapped in a towel and with burns and blood on his face and both arms.

His children, then 10 and 12, likely saved his life by calling 911 and applying first aid to their father’s wounds, according to a previous interview.

Authorities found tannerite and pyrodex in the room, along with what appeared to be several other projects in progress and multiple PVC tubes, plugs, caps and fuses.

Authorities took three guns with silencers from the house, which were tested at the firearms technology branch of the ATF in West Virginia. The silencers reduced the level of the guns they were on by between just under 20 decibels and 28 decibels.