Offender to return to Albert Lea

A high-risk predatory offender who lived in Albert Lea four years ago is moving back to the city April 1, according to police. 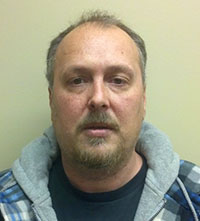 Jabar Pedro Morarend, 42, has been approved to move to the 1600 block of Frank Hall Drive. He lived in Albert Lea in the same house he will be moving to during part of 2009 and 2010 before he was arrested on a probation violation.

He will be the fifth Level 3 offender living in the city.

A notification fact sheet from the Albert Lea Police Department states Morarend is 5 feet 10 inches tall and weighs 220 pounds. Though the sheet states Morarend has a medium build, brown eyes, brown hair and a fair complexion, he appears older than when he lived in the community before.

Detective Frank Kohl said Morarend is moving to Albert Lea from out of state. He reportedly has family in the area.

Police are not hosting a formal community notification meeting about the man’s move to Albert Lea because he lived in the city previously.

He was convicted in 2010 in Dodge County of interfering with a 911 call and three counts of fifth-degree assault for breaking down the door of his ex-girlfriend’s home, demanding to know where her boyfriend was and then threatening to kill him.

Court reports state Morarend went up the stairs, pushing the former girlfriend out of the way and up against the wall. The woman tried to prevent Morarend from getting to her boyfriend and instructed her son to get her phone and call 911.

He then punched the boyfriend across the left cheek and took the phone from the boy and pushed him into a wooden pillar at the bottom of the stairs before leaving the house, court documents state. He received jail time for the incident.

Morarend also has a history of car break-ins and criminal damage to property, according to court documents.

He is classified as a Level 3 offender, an offender which has the highest likelihood of reoffending.

Other Level 3 offenders in Albert Lea are Tai Lars Stadheim, who has been living in Albert Lea since he was released from prison in April 2010; Paul Arthur Berg, who has lived in Albert Lea for most of his life; Joseph Harry Jensen, who moved back to Albert Lea at the beginning of the month after completing his prison sentence; and Lorenzo Martin Torres, who was slated to move into the community on Monday after serving time in prison and the Freeborn County jail.