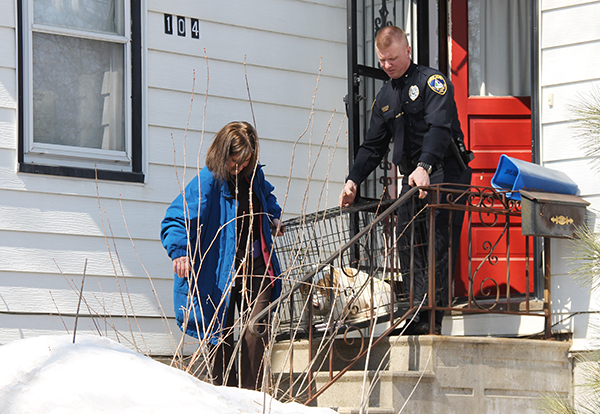 Police arrested an Albert Lea woman and seized 10 dogs from her home on First Avenue Wednesday afternoon after they conducted a search warrant at the residence.

Melissa Carroll was arrested on charges of disorderly conduct, obstructing justice and having more than the allowed number of dogs in her house, at 104 S. First Ave., said J.D. Carlson, deputy director of police with the Albert Lea Police Department. 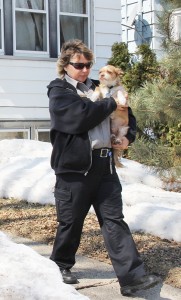 According to Albert Lea city code, residents can have up to two dogs and two cats in the city.

When officers went into the home, all of the dogs except one were in pet carriers stacked in the kitchen.

Carlson said Melissa Carroll pulled up to the house in her vehicle while police were attempting to come into the house. She at first tried to lock herself in her car and then later attempted to keep police from going into the house and into specific rooms inside.

Cory Carroll was not home at the time of the search but came to the house while the dogs were being taken.

Lt. Darren Hanson said the husband was not cited. Generally, police cite one person when it comes to possession crimes. 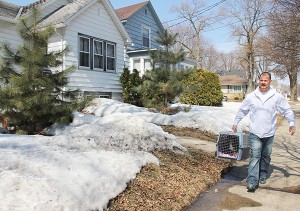 Ryan Arbuckle, assistant director with the Freeborn County Humane Society, carries a dog in a crate Friday afternoon to be taken to the Humane Society. – Sarah Stultz/Albert Lea Tribune

If the dogs will be living with a resident in the city, the animals must be licensed and up-to-date on shots.

The Wednesday search was not the first conducted at the house.

Police seized 13 dogs from the same residence in December.

Melissa Carroll, in December, said she and her husband planned to take legal action against the city and the Humane Society of Freeborn County, which handles the animals for the city and of which she was a former volunteer.

At that time, the Carrolls were reportedly running an animal rescue, The Rescue Connection, out of their home, when police received a tip that there were too many dogs at the house.

She said The Rescue Connection had its business license and other paperwork in order and claimed she had been told by police officers earlier last year that their situation was legal.

When they started the rescue, the couple had planned to move out of Albert Lea somewhere in the country where the dogs could have more room, but when that fell through, they moved all the dogs to their home and were urgently looking for foster homes. At one point, they had 16 rescue dogs and were able to adopt out six.

Carlson said Carroll is was being held on bail in the Freeborn County jail. As of this morning, she had posted bail.