Reps. cook up hotdish in a contest

WASHINGTON — Rep. Michele Bachmann stood at the front of a packed room, flashing a winning smile. With her Minnesota Vikings apron wrapped around her, she was campaigning one last time.

“I hope the judges will take pity on me,” the retiring Republican said Wednesday, a row of hotdishes behind her, and the smell of tater tots in the air. “Since it is my very last year.”

Bachmann’s dish may have had the most distinctive name, the “Polar Vortex-Mex Hotdish,” but Walz’s dish — a blend of Hormel bacon, fresh green beans and Jennie-O ground turkey — was a unanimous favorite.

As it turned out, Walz wasn’t even there to eat up the plaudits. He had to go the House floor for a vote as the contest’s results were announced.

Sen. Al Franken started the hotdish contest four years ago. He said it was an effort to blend two things he said Congress needed: bipartisanship and Minnesota traditions. Each member submitted a dish that met strict criteria: It needed to have a starch, a protein and some sort of liquid as a component; and it had to have a name. The dishes were then judged on a 20 point scale that included 10 points for taste, 5 points for texture and 5 for “Minnesota components.”

Submissions included a breakfast offering, a desert option from Sen. Amy Klobuchar, which was one of two runners up, and even a dinner dish that eschewed tater tots for an unconventional almond top. 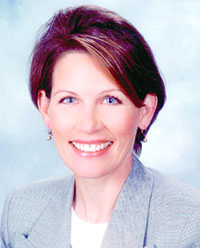 Sikorski and Weber appeared to take their duties seriously. They removed their suit jackets to eat, clutching a spoonful of food in one hand and a marker for scoring in the other as they worked.

With Walz busy voting, Franken gave a victory speech on his behalf.

“If Tim were here, I know he’d thank me for organizing,” Franken joked.