A memorial mass and Christian burial will be on Friday at 11:30 a.m. at Church of the Sacred Heart in Waseca with The Rev. Gregory Leif officiating. Interment with military honors will be held at Calvary Cemetery in Waseca. 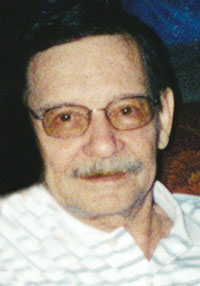 In lieu of flowers, memorials are preferred to the Waseca Fire Department in memory of Dick.

Arrangements are being completed by the McRaith Funeral Home and Crematory of Waseca.

Richard Clarence, the son of Clarence and Irene (McGrath) Wobschall, was born on Aug. 14, 1935, in Waseca. He graduated from Waseca High School with the class of 1953. Following high school, Dick enlisted in the U.S. Army and was later granted an honorable discharge in 1957. On Aug. 31, 1957, he was united in marriage to Carol Powell at Church of the Sacred Heart. They had two children together and were later divorced.

Dick started working as a bookkeeper with Johannsen Plumbing Co. in Rochester, which had the contract for the IBM Co., prior to moving back to Waseca where he managed Powell House until 1980. He then worked for a short time at LPC Power Co. in sales, and in 1989 Dick moved to Albert Lea where he worked at the Mayo Hospital until his retirement. Dick was a longtime volunteer with the Waseca Fire Department, a member of the Waseca Rotary Club and was also a member of the VFW Legion and Eagles in both Waseca and Albert Lea. He enjoyed bowling, golfing and listening to all types of music, especially Elvis.

He is survived by his children, Rick Wobschall of Waseca and Rachel Wobschall of St. Paul; his special friend of many years, Carol Peterson of Albert Lea; his sister, Darlene (Paul) Eul of Los Angeles; his former wife, Carol Wobschall, of Waseca and by other relatives and friends.

He was preceded in death by his parents; his sister and brother-in-law, Cleone (Gill) Caron; and his nephew, Jim Eul.