Crony capitalism is a term describing an economy in which success in business depends on close relationships between business people and government officials. 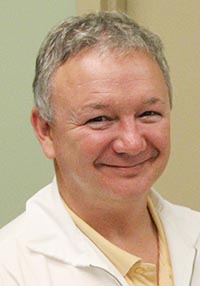 How can Humana arbitrarily offer a Medicare D plan that punishes my long-time customers, (in fact any other chain or independent pharmacy) by contractually requiring us to charge a higher copay than Walmart? Crony capitalism? For years and years any PBM (pharmacy benefit manager) such as Humana had to offer its prescription plans to any willing provider. That means any pharmacy, if they accept the terms of the contract, could sign the contract on a reduced copay plan. Currently, if a pharmacy other than the preferred pharmacy matches the lower copay, they can be kicked out of all of PBMs Medicare Part D plans and possibly all Medicare prescription plans. Several years ago, Humana Walmart convinced Medicare and some politicians that reducing competition and offering a plan to only one pharmacy chain — oh, let’s see, Walmart Humana’s sister company and one mail-order company; oh let’s see, its own mail-order company RiteSource — Medicare would save money. Since then, Medicare has done a retrospective analysis of this promise. It turns out in many cases not to be true.

If Humana was concerned with providing its customers with the best service, why didn’t they choose independent pharmacies? Independent pharmacies, in a Consumer Reports study, earned readers’ top marks for speed, accuracy, courtesy, helpfulness and pharmacists’ knowledge. Big box store’s including Walmart and mail-order pharmacies including RiteSource scored at the bottom. Big box store and mail-order pharmacies do not offer many of the services like same-day delivery to elderly or shut-in patients and access to their pharmacists is usually less due to increased corporate pressure to constantly fill more prescriptions in less time.

If these preferred plans and mail orders cost Medicare more money and provide less service, why are they preferred by the politicians that make these plans possible? How does this happen? How much money does it take for a large company to reduce freedom of pharmacy choice, reduce services, cost Medicare more and line its own pocket? How much money does it take for a large corporation to close thousands of independent pharmacies by arbitrarily shutting them out of preferred plans. Minnesota has lost half (300) of its independent pharmacies since Medicare Part D started. Cahill Pharmacy in Janesville is the latest victim. That store is planned to close in early March. Terry Cahill has owned that store for 33 years and is Janesville’s only pharmacy. I am sure many of his customers would have preferred his service over a mail-order company a thousand miles away or big box store in a different town. It is too bad it doesn’t matter what they would have preferred. It only mattered what Humana and some politicians preferred.

Medicare is now recommending any willing provider be able to sign any pharmacy contract. Customers will still be able to fill prescriptions with mail order companies or big box stores. They will just need to compete with the independent pharmacies. Of course independent pharmacies will get paid the same yet offer more services and easier access to a pharmacist for questions and counseling.

It is too late for many small communities that have already lost their hometown pharmacies. For the sake of freedom and competition, please contact your legislators and let them know you don’t believe in crony capitalism. Please ask them to do the right thing and follow Medicare’s own proposed rule changes allowing any willing pharmacy to sign any contract. Go to www.ncpanet.org under the advocacy tab for more information or www.fight4rx.org and send your opinion to all of your legislators by entering some info including your zip code or contact your legislators individually.

Curt Clarambeau is the owner of Curt’s Pharmacy in Albert Lea.