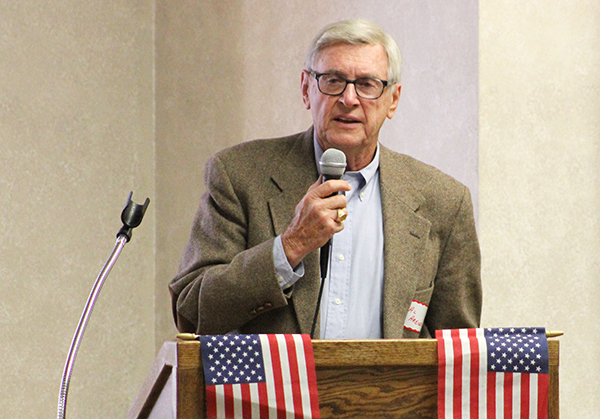 During a straw poll Saturday at the Freeborn County Republican Party convention, Seifert gained 69 percent of all votes, according to the results.

Seifert, of Marshall, is one of a handful of candidates seeking the Republican Party endorsement to run against incumbent DFL Gov. Mark Dayton.

The straw poll results mirrored a poll taken in February at the Freeborn County caucuses.

The fewest number of votes went to Kurt Zellers, former Minnesota speaker of the House and minority leader. 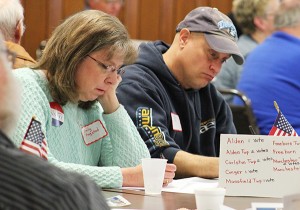 The poll came at the end of the convention, which drew about 125 people at the Albert Lea American Legion Club.

The convention also featured speakers in several races, including candidates or representatives for the District 27A House of Representatives seat, the 1st District congressional race, the governor race and the U.S. Senate race.

In the race for the U.S. Senate seat against incumbent Democratic Sen. Al Franken, the highest number of county Republicans supported state House Rep. Jim Abeler, according to the results. Julianne Ortman of Chanhassen received the second highest votes.

The convention came a week before the party will endorse a candidate for the House of Representatives District 27A seat, presently held by Shannon Savick, DFL-Wells.

Dettle said the district’s Republican candidates, Milan Hart and Peggy Bennett, are both independent thinkers who are open-minded, and he would be pleased if either was elected.

Hart is the owner of Hart Bros. Weaponry in Albert Lea, and Bennett is a first-grade teacher at Sibley Elementary School.

“I’m thrilled about it,” Dettle said. “I think we’re really blessed to have Milan and Peggy. They are two good candidates with loyal backers.”

The District 27A convention will be from 1 to 3 p.m. Saturday at the Geneva Community Center in Geneva.

The 1st District congressional endorsing convention will follow the next weekend.

That convention will be at 9 a.m. April 5 at Southwest Middle School followed a month later by the state Republican Party convention in Rochester on May 30 and 31.

People in attendance at the county convention elected delegates and alternates for both the state and 1st District convention.

Look to the Tribune this week for a story on Hart and Bennett.