ST. PAUL — State lawmakers deferred a vote on a time-sensitive tax measure for another day after an effort to speed up final action got stamped out Thursday.

The Minnesota Senate fell short of the required supermajority to take immediate action on a $432 million proposal that also puts $150 million into a budget reserve account. Democrats who control the chamber needed GOP help, which didn’t materialize. The debate was put off until today.

Republican senators said they needed more time to review the bill, which differs from a $500 million version passed by the House that they were more comfortable with.

“Give us 24 hours. Let us absorb this bill,” said Sen. Sean Nienow, R-Cambridge. “There’s not an urgency to do it today rather than tomorrow morning.”

Senate Majority Leader Tom Bakk, DFL-Cook, dismissed the delay as “shenanigans” because Republicans have been pushing for more urgency on tax relief. 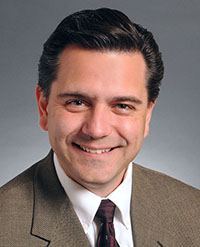 If the bill clears the House and Senate, the package would consume almost half of the state’s projected $1.2 billion surplus.

With an election looming and the state treasury in better shape, Democrats were hoping to make good on middle-class tax breaks a year after raising taxes on businesses, smokers and the wealthy. The governor’s office and control of the House are on the line in November.

The relief won’t be distributed in across-the-board fashion, but would go out in a targeted way. Among the recipients would be those eligible for working family credits, recent college graduates paying off loans and people receiving certain tuition allowances. People who took a loss on a mortgage foreclosure or short sale could see tax burdens drop by thousands. The universe expands greatly next year, when 650,000 married couples would qualify for greater deductions averaging $115 apiece.

Republicans said the relief is not big enough or fast enough. They tried to make the marriage deduction apply to 2013 tax returns as well, suggesting that was more important than beefing up Minnesota reserve accounts.

“Minnesotans have been facing a rainy day,” said Sen. Julianne Ortman, R-Chanhassen. “They need this money back.”

But the effort in committee failed on a party-line vote. Senate Taxes Committee Chairman Rod Skoe, DFL-Clearbrook, said lawmakers need to be careful about overextending state finances now that the budget is back on solid ground.

“I know the reserve probably isn’t the flashiest item around and that’s why it’s had a hard time in the last decade,” Skoe said.

Under the bill — and a companion approved by the House — three sales taxes on business transactions that were adopted just last spring would be scrapped. They impose the state sales tax on machinery and other heavy equipment repair as well as high-tech devices that businesses use. The third would have taxed rental space in warehouses beginning in April.

Some warehouse operators have warned that even the specter of that tax taking hold has scared off customers, causing them to store goods for shipment in other nearby states. A couple warehouse owners expressed appreciation for the likely repeal.

“I want to thank you for helping make Minnesota competitive again,” said Richard Murphy of the family-owned Murphy Warehouse Co. in Minneapolis. He said leaders of other states have taken notice of the Minnesota tax and tried mightily to poach companies. “I am very much looking forward to having less calls from the governors of Iowa and Wisconsin.”

“This is akin to robbing someone on the street for 100 bucks and giving them two bucks back,” Chamberlain said.