Who will Republicans endorse?

Freeborn County Republicans are slated to endorse their candidate for the District 27A seat on Saturday during a convention in Geneva.

Running for the Republican endorsement are Sibley Elementary School first-grade teacher Peggy Bennett and Hart Bros. Weaponry owner Milan Hart. Whoever is endorsed will go on to face incumbent District 27A Rep. Shannon Savick, DFL-Wells, in the November election. 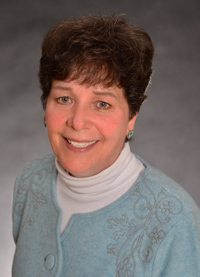 The convention starts at 1 p.m. at the Geneva Community Center.

Bennett, who moved to Albert Lea in 1981, grew up in the Twin Cities area, but said she considers Albert Lea her home.

She has been teaching for 33 years and is running on the slogan of “People before Politics.”

“I feel a lot of what happens at the state level and the federal level, too, it seems that some people have forgotten they are representing the people,” Bennett said. “They make decisions without talking to people in the know here.”

Bennett, who is single and has no children of her own, said she decided to run for office for all of her “children” — her students she has had over the years. 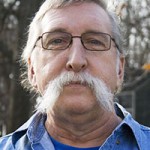 “I’m concerned they’re not going to have the same America I had growing up, with the freedoms I’ve had,” she said.

She said she is concerned the state is leaning toward too much government control instead of local control, as in the proposed bullying bill. This creates bureaucracy where it is not needed.

She noted that decisions are better made as local as possible, whether it be in schools or in government.

When asked how she stood out against her opponent, she said she and Hart have many of the same goals. She talked about some of her strengths.

Bennett said she has been a leader in her field for 28 of her 33 years of teaching.

“I’m able to deal with people constantly,” she said. “I don’t just fly off the handle. I’m pretty patient.”

She said she thinks her communication and leadership skills have prepared her for this position, noting she is good at communicating in a way that doesn’t offend but can be persuasive.

She said she piloted Smart Boards for the entire Albert Lea school district and is good at considering all facets of a problem and taking input from different sources before forming her opinion.

Going into the Saturday convention, she said she sent out a letter to Republicans asking for their support and has called a large percentage of the delegates.

“I just feel ready to go,” she said. “I never, ever thought I would do this — I hadn’t planned on it, but I’m very excited.”

Hart, who has lived just south of Albert Lea for about 40 years, is married to his wife, Elaine, and has two sons and four grandchildren.

He has owned Hart Bros. for almost that entire period and also worked at the now-closed foundry Progress Casting for 20 years.

“We need serious tax reductions in Minnesota and especially for independent businesses,” he said, when asked what his message is going into the convention. “We need to stop wasting money on laws that never get enforced.”

He said the DFL-controlled Legislature is scrambling to fix some of its mistakes from the last year.

“They’re realizing if they don’t do something, they’re going to lose every seat,” he said.

He noted he wishes the state’s budget surplus could go to support the roads, which would save residents money in the long run from unneeded car repairs.

He said if he is elected he would like to pass a bill “for passage and purity,” which would eliminate riders on bills.

He supports higher local control and less government involvement and has also been reaching out to younger voters because he doesn’t think they are being taken care of. He said he supports farmers.

“Our younger people are far smarter than our older people,” Hart said.

When asked what makes him stand out against his opponent, he said he is married, has children and has served in the military. Because of these experiences, he said he can relate to people more.

“I’m not afraid to stand up and speak for what’s right,” he said, noting he thinks he could handle the heat from DFLers better closer to the election.

Hart said he is also not afraid to stand up to the Minnesota DNR, who is considering more than doubling the costs of licenses. He called that anti-productive.

Outside of his business, Hart is active in Freemasonry and is a part of a Shriner’s Club, Veterans of Foreign Wars.

Hart and his wife gained recognition last year when he and his wife announced they were surrendering their federal firearms license because of that they describe as paperwork mistakes.

Before that, he said he was the highest volume independent gun dealer in the state, selling between 5,000 and 7,000 guns a year.