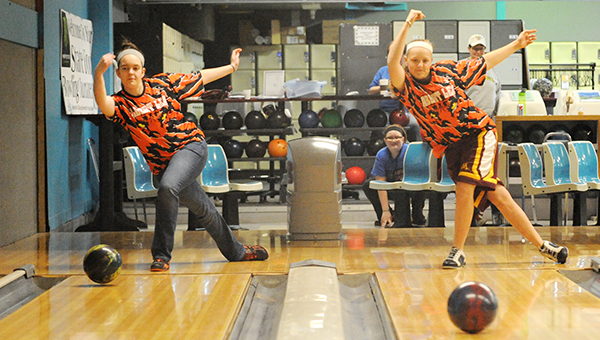 Girls Minnesota High School Bowling has been in existence for four years, and Albert Lea qualified for the state tournament each year. 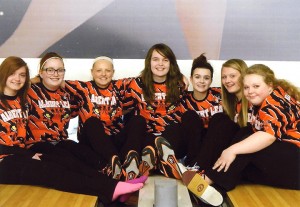 This year, the team took first place in the South Central Conference standings to earn an automatic seed at the state tournament.

“I’m going to Midland on Monday, so I’ll decide from there,” Oftedahl said. “I like both coaches.”

Despite posting a 13-2 record in overall matches, Albert Lea coach Loren Kaiser said the season had a rocky start.

“In the first match, we lost all five games,” he said. “I thought we’d have a long season, and there was no way we’d make the state tournament. But then we’ve only lost one match since. It’s a total turnaround.”

Kaiser credited the team’s success to the players accepting his advice to concentrate.

“I learned a lot when I started listening to him,” said Albert Lea sophomore Rachel Reichl. “He says we’re coachable now.”

Albert Lea is ranked No. 3 in the state. North St. Paul/Roseville/Tartan is ranked No. 1 and Mabel-Canton/Rushford-Peterson/Le Roy-Ostrander/Preston/Chatfield is No. 2.

Albert Lea produced three South Central All-Conference players this season. All-Conference honors are given to the top 12 bowlers with the best fill percentage. Fill percentage is calculated by adding a player’s strikes and spares and dividing the sum by the total number of frames.

Five other teams are in Albert Lea’s conference: Mankato East, Mankato West, Owatonna, the Faribault Storm and the Faribault Thunder.

The South Central Conference is one of four conferences in the league with a total of 39 teams. Sixteen teams qualify for the state tournament.

Albert Lea girls’ bowling is not a sanctioned Minnesota State High School League activity. It is administered by the Bowling Proprietors Association of Minnesota.

Two graduates of Albert Lea High School who participated on the girls’ bowling team are competing at the collegiate level. Paige Boyum is on the bowling team at Waldorf College, and Mariah Jacobson is bowling for Monmouth College in New Jersey.