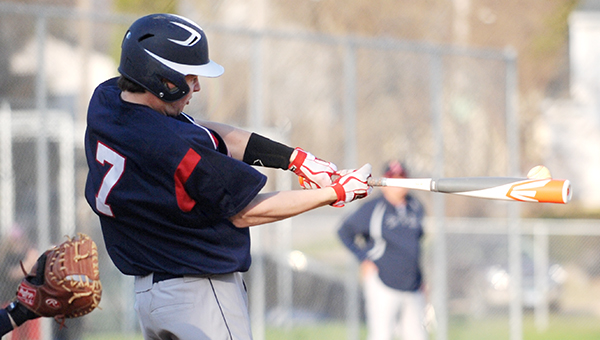 In its home opener, the Albert Lea baseball team was able to stay in the game, but it was burned by opposing batters leaving the bat on their shoulders.

Albert Lea was defeated by the Rochester Century 17-12 on Tuesday afternoon. The Tigers fought back from an early deficit, but the Panthers put the game away in the later innings. 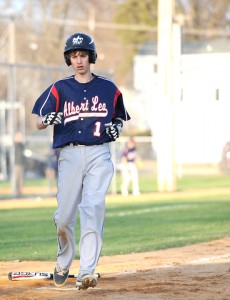 “I was happy with how we kept coming back,” said Albert Lea head coach Joe Sczublewski. “We were right in the game.”

The story of the game — beside the number of runs scored — was the number of free passes that both team’s pitchers issued. According to Sczublewski, Albert Lea walked 15 batters and Century issued 12 base on balls.

“You just can’t have that many free passes,” he said. “Both teams were giving away a lot of freebies.”

Century jumped out to the lead with a three-run first, and the Tigers got one back in the bottom half of the first inning with an RBI single by Mason Hammer.

“We had some timely hits, but unfortunately you just can’t keep giving up the free passes,” Sczublewski said.

The two teams continued to trade runs in the third. The Panthers scored four in the top of the inning, and Albert Lea countered with two in the bottom half.

Tyler Steele was saddled with the loss Tuesday for Albert Lea. He went two innings, gave up seven earned runs and walked four.

Albert Lea made things interesting in the fourth when it held Century scoreless and put up a three spot in the bottom half of the inning. Jake Thompson and Fleek led off the inning with back-to-back doubles. Fleek later advanced to third on a wild pitch and scored on another. Chris Enderson provided the sacrifice fly that cut Century’s lead to 10-8.

However, the Panthers responded by scoring the game’s next seven runs. Albert Lea scored four in the bottom of the seventh inning, but the Tigers were unable to complete the comeback.

Though the Tigers (1-2 overall, 0-2 Big Nine Conference) lost their home opener, Sczblewski said that just getting out and playing at home was something worth smiling about.

“Finally we were able to get out on our field,” he said. “Several games were postponed due to standing water in our outfield. The frost finally went out late last night. That was nice to see.”

Next, Albert Lea will play at 5 p.m. at Faribault.