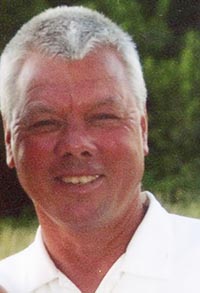 Arnie passed away due to immuno suppression from his kidney and pancreas transplants, and from seven fatal infections. His transplanted organs were still functional at the time of his death.

A funeral service for Arnie will be at 10 a.m. Thursday at Bethel United Methodist Church on Highway 9 East in Manly, with the Rev. Don Preston officiating. Inurnment will be in Sunset Rest Cemetery in Northwood. Visitation will be from 4 to 7 p.m. Wednesday at Conner Colonial Chapel, 1008 First Ave. South in Northwood. Visitation will also be one hour prior to service time on Thursday at the church.

The family of Arnie Low would like to suggest that those wishing to give a memorial in his memory consider contributions to Bethel United Methodist Church, transplant research, the humane society or to a charity of their choice.

According to his wishes, cremation has been accorded.

Conner Colonial Chapel is in charge of the arrangements.

He was united in marriage to Ann Thompson on Aug. 11, 1973, at Bethany Lutheran Church in Kensett, and to this marriage four children were born, Anthony, Troy, Tori and Tom.

During Arnie’s life, he worked for Bob’s Deep Rock Gas Station, Swartwood Tiling, Duane Thompson Construction, Iowa Beef Producers, Decker’s Meat Processors, Armour’s Beef Processors, David Manufacturing and B&K Lumber. In 1982 Arnie, along with his family, owned and operated Agri Sales in Northwood and continued in the operation until the time of his death.

Arnie loved ice fishing, classic cars, the Iowa Hawkeyes, Minnesota Twins and raising cattle, but his greatest love and enjoyment was his family and grandchildren.

He was a member of Bethel United Methodist Church in Manly and the Iowa Cattlemen’s Association.