Memorial services for Bruce Robert Emerson of Albert Lea will be at 1:30 p.m. Thursday at the United Methodist Church in Albert Lea. The Rev. Tom Biatek will officiate. Visitation will be one hour prior to the service at the church. Interment will be in Hillcrest Cemetery. Military honors will be accorded by the Albert Lea area veterans groups. 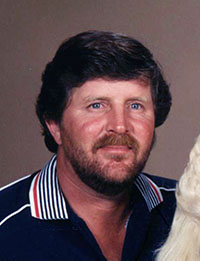 Bruce was born March 2, 1946, to Gene and Anna (Olson) Emerson in Fairmont. He was baptized at the Elmore Methodist Church and confirmed at the United Methodist Church in Albert Lea where he sang in the choir and was active in the youth activities. Due to his father’s death in 1956, he moved with his mother and two brothers to Albert Lea because of his mother’s employment. In school he was a member of the chorus, golf and basketball teams and also showed his love of art in his painting and carving projects. He graduated from Albert Lea High School in 1964. After graduation, he attended the University of Minnesota until he transferred to the Alexander School of Drafting. He then worked at a firm in Minneapolis until he was drafted into the U.S. Army.

Bruce served in the First Cavalry, Company B, in active duty in Vietnam during the 68 Tet Offensives. He was wounded by shrapnel three different times. He was awarded the Purple Heart and a citation for having been dropped into the thick of the various battle zones 25 times. Bruce was called home for his brother Bradley’s funeral two months before his tour was over and was sent to Colorado to finish. When Bruce left for boot camp, his dad, “Swede,” told him not to let them know what a sharpshooter he was. When he came home, he proudly displayed his sharpshooter ribbons and was so proud that they had placed him in the First Cavalry.

Bruce and Lynette (Nelson) were married at the United Methodist Church Sept. 16, 1972. To this union two daughters were born, Traci and Amy.

Shortly after their marriage they moved to Homestead, Fla., where he graduated from heavy equipment school. They returned to Albert Lea, where they lived the remainder of their married lives. Bruce worked for Emil Olson’s Construction for a short time until he was hired by Ulland Bros., where he was a superintendent for one of their groups of road construction for 23 years.

Bruce suffered a massive stroke at the age of 52, shortly after his retirement. This changed the lives of his entire family. As a result of the stroke, he could not converse with family or friends, which was very frustrating. His words were minimal and many syllables were impossible for his to express. His grandson, Jayden’s name was one that he could not say, so he called him “my buddy.” He could not be the head of his family or provide for them like he always had been able to. He so appreciated their lovely home and all the beautiful decorating Lyn did for each holiday, both inside and out. I’m sure he remembered the days when they did the outside of their home together at Christmas. They placed in many of the contests the city then held each year. He had always excelled in golf, baseball and pool. Now he watched them on TV. His friends and family surely remember their love of dancing. Along with the trophies in sports, there are also one or two for the dance contests they won in the area. He was also an avid hunter and was an active member of the American Legion, Veterans of Foreign Wars and the Eagles Club.

The family said: “This spring we his family, knew it would be his last one with us, so unbeknown to him, we publicly requested that birthday greetings be sent to him at Thorne Crest. Thanks to many of you and others, he received over 200 cards. When he first started receiving bunches of cards each day, I wish you could have seen his expression. Lyn displayed them on bulletin boards and every available space. They stayed displayed to remind him of all the people who had thought of and were praying for him.”

Besides his wife, Lynette, he is survived by his two daughters, Traci Emerson and Amy Lambertson and her children, Jayden and Shaelee, all of Albert Lea; his mother, Anna (Emerson) Oberg of Albert Lea; brother, Steven (Stephanie) Oberg, Littleton, Colo.,; three sisters, Sally (Jack) Moore of Anaheim, Calif., Jean (Ed) Schlede of Albert Lea, Sue (Rich) Michaelis of Henderson; brother-in-law, Rick (Kathy) Nelson of Port Townsend, Wash.; and many aunts, uncles, nephews, nieces and cousins. His closest friend was “Harley,” a Yorkie that Lyn had brought home to him 12 years ago.

He was preceded in death by his father Gene, his “dad” Emil “Swede” Oberg, two brothers, Bradley and Robert “Bob” Emerson, mother- and father-in-law Vic and Helene Nelson, grandparents, one niece and nephew, several aunts, uncles and cousins. His grandparents, Millie and Ed Emerson, were a large part of his life until their deaths.