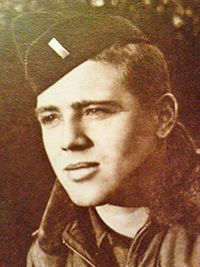 Clarence was born in Waubeca, Wis., Sept. 30, 1920, to Joseph and Viola (Peterson) Schroeder and spent his boyhood years in Fredonia, Wis., at his parents dairy and egg farm. He graduated from Random Lake High School in Wisconsin.

After graduation, he worked at Kerney and Trecker until he joined the U.S. Army Air Corps in April 1943. Clarence was a B26 pilot stationed in Venlo, Holland, and flew 55 combat missions in the European theater, mainly over France and Germany. He met the lovely Dorothy Lucille Johnson in 1941. She said she would never be a furlough bride or get married in the winter. They were married at her home in Fredonia on Jan. 16, 1944, while he was home on leave. After the war they moved to Albert Lea, where he took a job with Universal Milking Machine Co. in 1946. He rose to the level of general manager and retired in 1983. During weekends and evenings, Clarence built their home on Willamor Road in 1951. 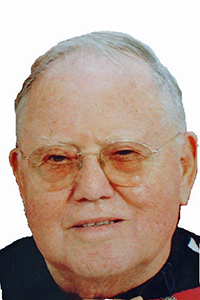 Clarence was active in the American Legion, a 50-year member of the Rotary Club, past master and 50-year member of Western Star 26 Masonic Lodge and the past president of Osman Shrine. Clarence referred many children to the lifesaving care of the Shriners Hospital for Children. You could bet Clarence was in one of the Shrine’s little Model B roadsters during parades in southern Minnesota. Many community members were welcomed by Clarence at the delicious Masonic Lodge Sunday Amaranth pancake breakfasts. He was also director for the Albert B. Cuppage Charitable Foundation from its inception in 1981 until 2012, past president of the Albert Lea-Freeborn County Chamber of Commerce and member of First Bank (U.S. Bank) board.

After retirement, Clarence and Dorothy enjoyed traveling to every state of the union including Hawaii and Alaska.

They traveled to Costa Rica and included zip lining in their adventures. They enjoyed trips to visit their children in New York, Texas, Virginia, Massachusetts and Wisconsin. He was fortunate to be able to participate in an honor flight for veterans to visit the World War II memorial in Washington, where his son Mark met him and spent the day.

One of the most memorable trips during his youth was a trip to California via Route 66 by Indian Motorcycle in 1938.

Clarence’s family wishes to thank the rich community of friends surrounding him throughout the years, especially during times of need.

Visitation will be from 4 to 6:30 p.m. Thursday followed by a Masonic service at Bonnerup Funeral Home, 2210 E. Main St. in Albert Lea. A memorial service will be at 2 p.m. Friday at First Lutheran Church, 301 W. Clark St. in Albert Lea. The service includes color guard with military honors. Lunch will follow at the church fellowship hall. Interment will be at Fort Snelling at a later date. Online condolences may be made at www.bonnerupfuneralservice.com.

In lieu of flowers please send memorials to the Albert B. Cuppage Foundation, Shriners Hospital for Children or Mayo Clinic of Albert Lea Hospice.