Albert Lea has seen a lot of development around renewable energy lately — even as attention to extreme weather impacts makes fighting climate change more urgent. We’ve experienced droughts in central and southern Minnesota and damaging floods, high winds and hailstorms in the Twin Cities last year, and of course the headline-grabbing polar vortex. These foreshadow what could be a new normal of weather extremes if we fail to act on climate. 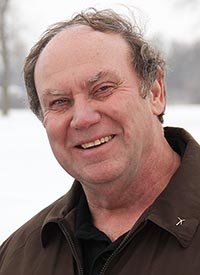 But around Albert Lea, you’ll find solar panels at the community college and on nearby farms, electric car charging stations and new wind projects coming online. Riverland is getting a number of visits from wind industry contacts offering jobs and internships. The economic opportunity from clean energy is exciting communities across Minnesota, and solar energy is one of the fastest growing industries in the world.

In 2013, Minnesota’s solar jobs number grew by a conservative estimate of 73 percent! We have the Minnesota legislature to thank for advancing solar policy that makes this growth possible — and brings career opportunities across the state.

At a recent Solar Powering Minnesota conference in St. Paul, the Department of Commerce stated that solar will be in the top 10 careers for the next six to 10 years, and the Minnesota Solar Energy Industries Association said the solar industry in Minnesota will grow to a $2 billion industry in the next six years. Minnesota’s solar and other clean energy policies are already positively impacting our economy, communities, and the planet we depend on.

This state has proven we have what it takes to protect our kids and grandkids from the worst impacts of climate change. We’ve already gotten started in places like Albert Lea, and the pollution reduction is measurable and hopeful. 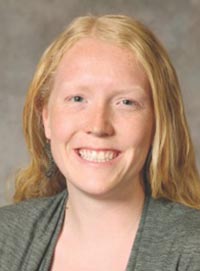 A report released by Environment Minnesota Research and Policy Center this week shows that Minnesota’s clean energy and efficiency policies — such as the state’s Renewable Energy Standard and Energy Efficiency Policy — reduced carbon emissions by over 7.2 million metric tons in 2012, as much carbon pollution as 1.5 million cars produce in a year.

By using energy more efficiently and by generating more power from clean, renewable sources, we are delivering a one-two punch in the fight against global warming. And now we need firm limits on carbon pollution in order to deliver the knockout blow.

National action to cut carbon pollution from power plants faces serious opposition from power companies, the coal industry and other big polluters. Already, groups from the American Petroleum Institute to the National Mining Association have launched campaigns to block or undermine these pollution limits.

That’s why we need to thank leaders who are standing up and demanding action, including Sens. Amy Klobuchar and Al Franken, who have both joined the Senate’s new climate action task force.

Last week, along with more than 30 other senators, they gave speeches all night long to build the call to act on climate. Through willpower and leadership, Minnesota can rise to any challenge. We’ve seen that climate solutions work, and we look forward to the next steps to limit carbon pollution from power plants.

Steve Vietor is the lead photovoltaic solar, wind and electrical instructor at Riverland Community College in Albert Lea. Riverland has an online hybrid solar PV installer course and a two-year wind program. Contact Riverland to be part of this growth.

Samantha Chadwick is an advocate with Environment Minnesota, a statewide citizen-based organization working for clean air, clean water and open space. Its website is EnvironmentMinnesota.org.