Devra Jean (Withers) Hanson died peacefully at her “Deerhaven” rural home in Henning at 4:34 p.m. April 4, 2014, after entering hospice care on April 3. She fought a gallant, courageous 3 1/2 fight with adenoid cystic carcinoma, a rare, slow-growing cancer with no known cure that ultimately affected her liver. She died holding her husband’s and daughter’s hands and surrounded by all her brothers and sisters and other family members. 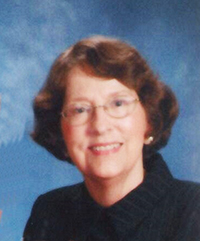 Devra was born to Judyth M. (Sether) and Donald E. Withers on May 23, 1944, in Mountain Lake. She grew up in Mankato and Jackson, graduating from Jackson High School in 1962. During high school, she worked at Joul Drug to save money before attending and graduating from Waldorf College with an associate of arts degree in 1965. She continued her education at Jackson Area Vocational Technical and graduated in 1966 with an accounting diploma. She accepted a job in the accounting department at Spencer Packing Co. in Spencer, Iowa.

On Aug. 28, 1966, Devra married Dan Hanson from Albert Lea, who she met at Waldorf. They spent four years on U.S. Air Force assignments in Amarillo, Texas, and Denver. She worked in a CPA office in Amarillo and with an insurance and investment company in Denver. In 1970 they moved to Hanlontown, Iowa, where Dan joined his brother in business. Devra worked at the local grade school as a teacher’s aide and playground assistant and then became secretary to the principal.

Their final moves took them back to Sioux Falls and eventually north to Henning. When she and Dan bought their old farmhouse and land between Battle Lake and Henning in 2006, Devra began fulfilling another dream. She worked with contractors, doing much of the planning, designing and painting on their country home. After completion of the house in 2008, she hosted her family that summer at the new “Deerhaven” home.

A member of First Lutheran Church in Battle Lake, Devra loved her Lord and the work of the church. She led Bible studies and served on the altar guild and in Women’s Circle. She was highly respected for her winsome ways, intelligence, wisdom, empathy and genuine interest in others. She always worked to the best of her capabilities and without any real interest in recognition. Her life was one of service to her family and others. She enjoyed their travels to Hawaii, Alaska, Norway, Italy, Germany and, most recently, England and Scotland.

In lieu of flowers the family requests that memorials be sent in Devra’s memory to one or more of the following: Hope Lodge in Rochester, Mayo Cancer Research in Rochester, Good Samaritan Foundation-Staff Crisis Fund in Sioux Falls, Waldorf College Foundation-Staff Scholarships in Forest City, Iowa, and Grace Lutheran Church in Hanlontown.

Online condolences for the family can be left at www.mittelstadtfuneralhome.com.