She was born May 12, 1933, to Henry C. and Catherine (Sternburg) Bauch in Cresco, Iowa. At the age of 2, following her mother’s death, the family moved to Le Roy where she made her home with Fred and Phoebe Nelson and their daughter, Della. Donna attended school there and graduated in 1952. On Feb. 14, 1953, she was united in marriage to Benjamin Winkels of Adams. They made their home in and around Austin. 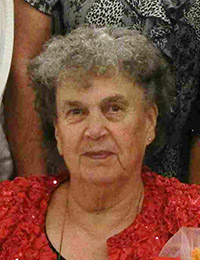 Donna was active in Scouting for a number of years and received the Silver Scout Award. She was active in the VFW Auxiliary where she cooked for many years. She went through the chairs and served as president of Auxiliary 1216 for three terms. She also served as district president in 1980 and 1981. Donna enjoyed raising her family and working with the young and for the veterans organization. She enjoyed all her grandchildren, craftwork, cooking, her flowers, the cardinal bird and enjoyed collecting cardinal figurines.

She was preceded in death by her husband, Ben, on April 11, 2002; her parents; three step-brothers; one step-sister and a foster sister.

Funeral services will be at 1 p.m. Monday at Worlein Funeral Home in Austin with the Deacon Richard Aho officiating. Visitation is from 5 to 7 p.m. Sunday and one hour prior to the service on Monday. Interment is at Calvary Cemetery in Austin. Condolences may be expressed to the family online at www.worlein.com.