From across the pond: Teacher from the United Kingdom visits classroom at Lakeview 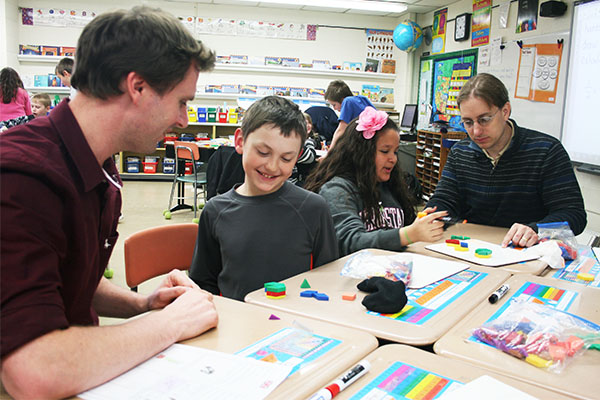 A teacher from the United Kingdom is in Albert Lea this week, learning the ins and outs of American education and giving tips about how things are done at his school overseas. 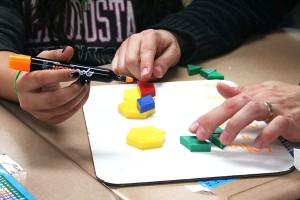 Goodchild’s visit is paid for by the U.S. Embassy in London. He stopped in Washington, D.C., and California last week before flying to Albert Lea.

After spending Monday and Tuesday with Nechanicky in the classroom, the two teachers are slated to spend time at the other elementary schools in Albert Lea the rest of the week.

“The underlying theme is the challenges we face are the same,” Goodchild said. 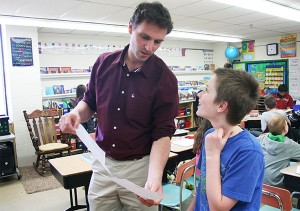 “The kids are the same as we have in the U.K.,” he said. “They have their hopes and dreams.”

Nechanicky said he had applied for a Fulbright Classroom Teacher Exchange for the the last three years and last spring was awarded a full-year teacher exchange with Goodchild. The plan was for Nechanicky and his family to live overseas for a year and teach, while Goodchild switched places and taught in Albert Lea.

Of the 30 Fulbright Teacher Exchange awards nationally, only 12 positions are for elementary teachers, Nechanicky said.

Because of the federal sequester at that time, however, the program was canceled after 67 years of teacher exchanges.

Last summer, the Embassy in London notified the Fulbright teachers from the United Kingdom that it would sponsor a one-way exchange with the United States, he said. There are no plans for the American teachers.

Nechanicky said though he will not be able to go to Goodchild’s class, the chance to host Goodchild has been an exciting opportunity.

His students have also communicated with Goodchild’s students and this week were answering questions to send back to them.

Nechanicky said he hopes the experience teaches his students not to limit themselves.

Born and raised in Albert Lea, the teacher said he was the first in his family to get a college degree. He hopes they realize there are opportunities everywhere.

“They can have a job in Albert Lea or they can go away,” he said. “No matter where you are you can have opportunities.”