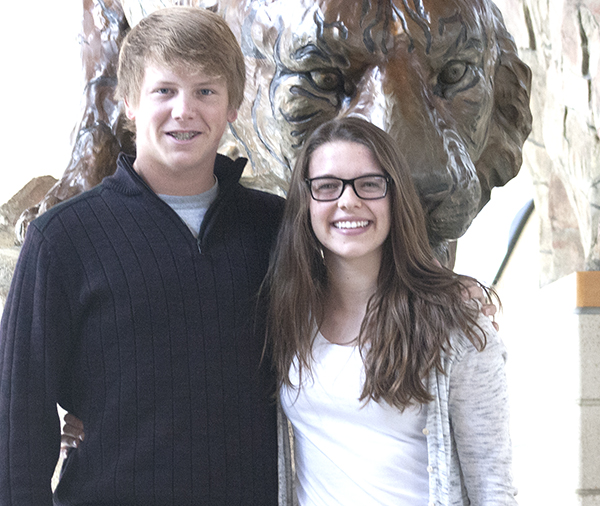 The sophomores are delegates of Youth in Government, a student organization involved in local and state government. 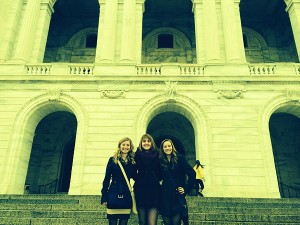 Delegates meet each Monday at the Albert Lea Family Y to discuss local issues and learn about government.

The Albert Lea organization has 37 delegates from grades 8-12. Albert Lea isn’t the only school with the group, either. There are more than 1,500 students involved in the organization across the state.

Each year, the students come together in St. Paul to take over the Capitol.

Members write mock bills that are voted on by delegates. Elections are held for office, and members get to give speeches. Those elected stay in power in Youth in Government for a year.

Attendees also get to meet state leaders and attend workshops.

“It is a really fun time,”
Syverson said. “It helps teach leadership skills, and it is a great experience.”

Syverson said some big issues tackled by the bills were euthanasia and abortion. If students are interested in writing a bill, they can lobby for other bills or work on other projects.

Right now, Syverson and Petersen are considering running for governor and lieutenant governor of Youth in Government next year.

During the rest of the year, members of Youth in Government keep their eyes on local issues.

Syverson said whether to move the skate park was an important issue. He said it affected a lot of students, but not many of them realize they should voice their opinions.

“The more voices behind a cause, the better,” Syverson said.

“We want people to know that every voice matters,” Petersen added.

Syverson said another issue that affects local youth is the dredging of Fountain Lake. He lives on Fountain Lake and said he sees how it affects residents. He uses the skills he has learned in YIG to work with the chamber to write letters in support of the dredging.

“It’s a great way I have been able to use my skills outside of YIG,” Syverson said.

Petersen said people tend to complain a lot about elected officials, but taking action is what gets the job done.

“People who go out and get the job done are really impressive,” Petersen said.

“It isn’t just a 9 to 5 job for him,” Petersen said. “He stays late. We meet at 8 at night and he stays after the meeting. His door is always open for us if we need him.”

“We couldn’t ask for a better adviser,” Syverson said.

Syverson and Petersen hope to encourage more students to join next year.

“I think students have a lot of preconceived notions about YIG,” Petersen said. “It isn’t just for people interested in politics.”

Petersen doesn’t plan on going into politics, but said she knows the skills she learns, like public speaking, can be used no matter what she decides to do.

Syverson, who hopes to work in government, is excited to be gaining experience outside of the classroom.

“Kids don’t really realize the power they have,” Syverson said.

To learn more about YIG or to join, email Syverson at alex.syverson1998@gmail.com.

Administrator’s Corner: Take a step to explore a new interest